Cristiano Ronaldo is one of the biggest footballers on the planet (just don’t tell Lionel Messi we said that). CR7 is known for his versatility as an attacking player and his ridiculous speed, as well as those epic scissor kicks and fancy footwork. Ronaldo has won league titles in several countries – he came to prominence as an attacking winger at Manchester United (where he won the Premier League), before moving to Real Madrid and winning just about everything.

READ ALSO:The inspirational story of Cristiano Ronaldo and Albert Fantrau which is unknown to the world! 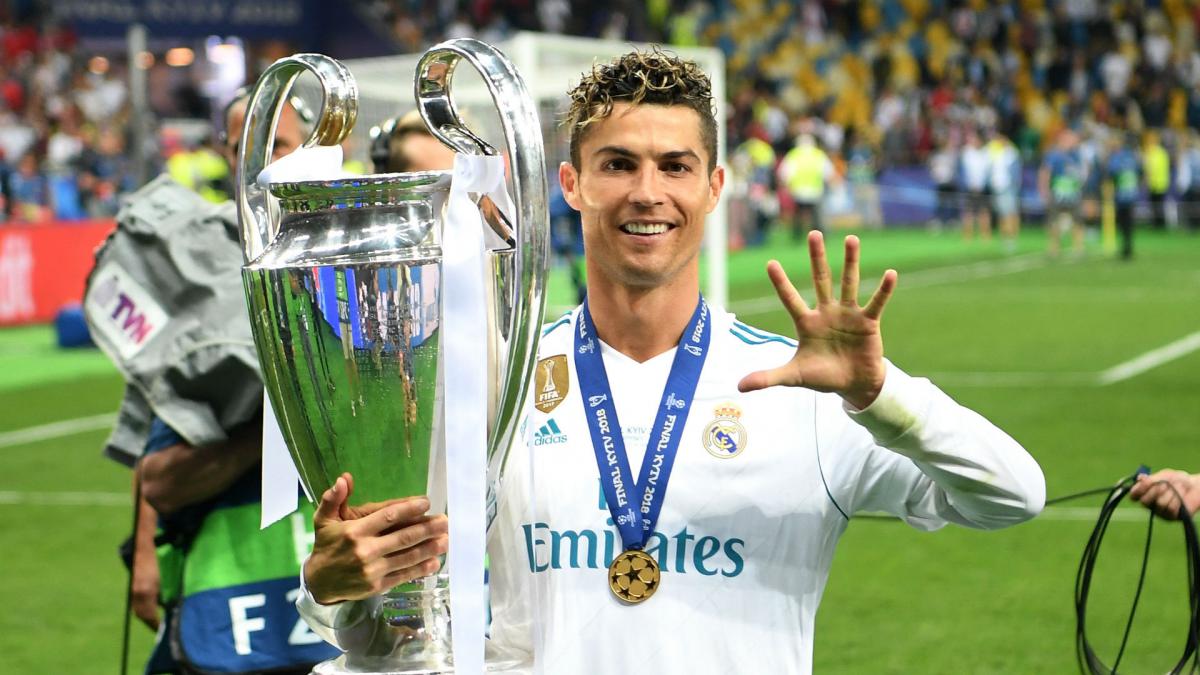 At Madrid, Ronaldo scored 311 goals in 292 appearances, an incredible statistic which shows just how talented he really is. Ronaldo currently plays for Juventus, who look set to win the Serie A at the end of the season. In the article below, we’ve put together 10 fascinating facts about Ronaldo, who is arguably just as interesting off the pitch as he is on it.

10. His childhood nickname was ‘cry baby’ 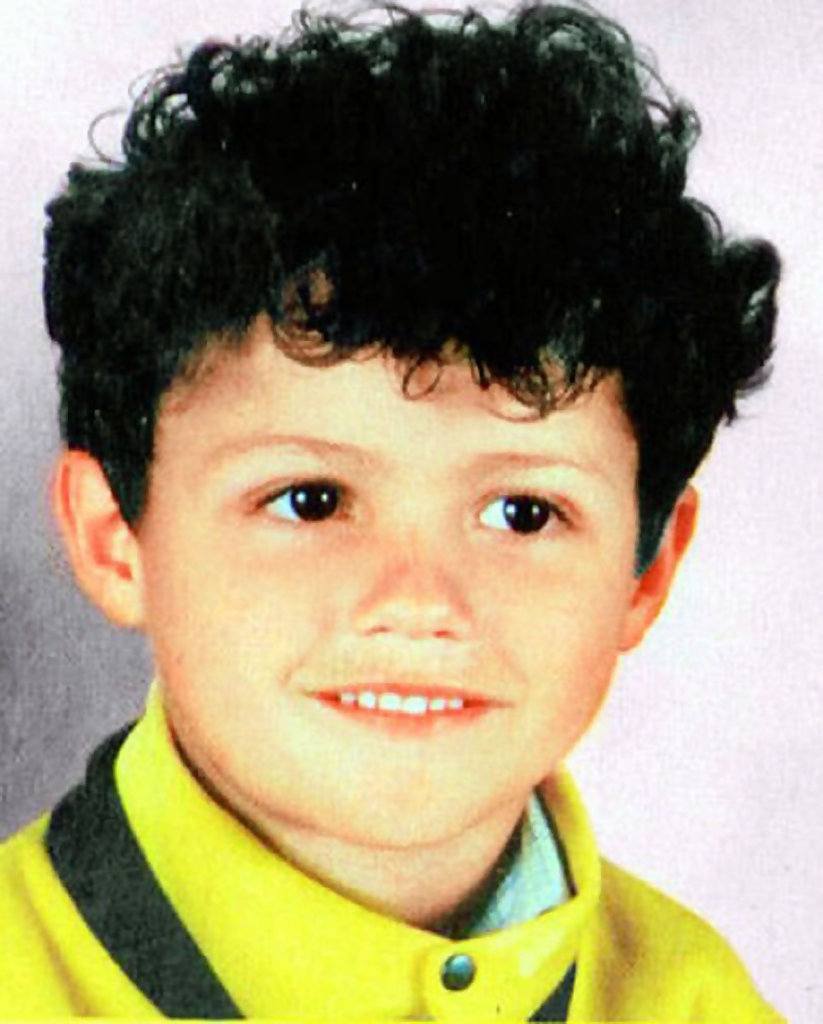 Considering the fact that Ronaldo isn’t averse to a bit of diving now and then, opposing fans will probably have a good laugh at this one! Apparently CR7’s childhood nickname was ‘crybaby’ when he was little, because he used to burst into tears if he didn’t get what he wanted.

Another nickname from his friends was ‘little bee’, which referred to Ronaldo’s ridiculous speed when he was playing football. As a professional, Ronaldo has been stinging opposition teams for years now thanks to his pace. 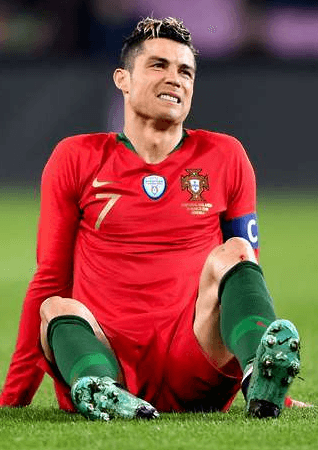 9. He is a committed blood donor, which might explain his lack of tattoos 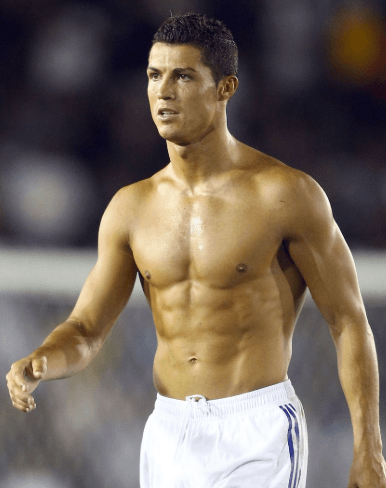 Ever since David Beckham’s rise to fame, it seems to be a bit of a trend amongst footballers today to cover your entire body in ink. However, Ronaldo has noticeably shunned this trait and doesn’t have a single tattoo on his body.

This might be to do with the fact that he is a committed blood donor. The Red Cross stipulates that you can’t give blood for at least four months after getting an inking, which would leave Ronaldo with large periods of time in between blood donation.

Fun fact: did you know that CR7 once donated his bone marrow to help his teammate Carlos Martins’ son? The 3-year-old boy had been diagnosed with a rare blood disorder. 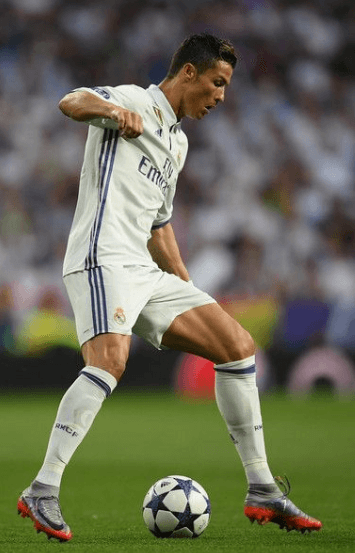 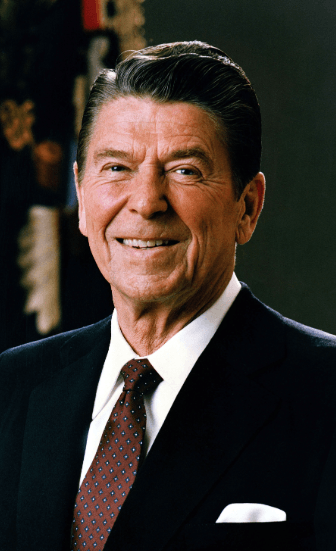 ‘Ronaldo Reagan’ doesn’t have quite the same ring to it as Cristiano Ronaldo, but if Ronaldo’s dad had his way that might have been the name of football’s biggest star! Instead José Dinis Aveiro, Ronaldo’s father, had to settle for ‘Ronaldo’ as a way to honour Ronald Reagan, who had been José’s favourite actor before becoming President of the United States. 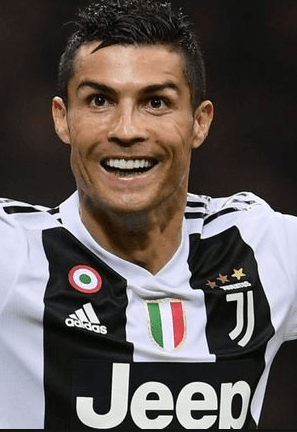 7. He jumps five times faster than a cheetah 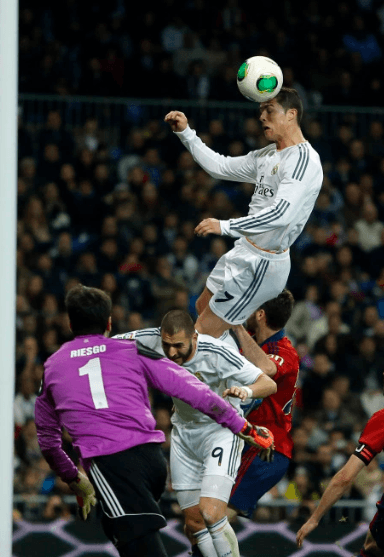 OK, this sounds far-fetched – but scientific studies have been carried out on Ronaldo’s ridiculous speed, and one bit of research actually showed that the Juventus star can jump five times faster than a cheetah. Apparently he’s also much better at jumping than the average NBA player, which would explain how he manages to do all those ridiculous scissor kicks.

Ronaldo has had to work hard to gain all of that speed though. When he was a teenager, Ronaldo would put heavy weights on his feet and run in them during training sessions. He believed that once he took them off, he would be able to run much faster than the average person – and it seems to have worked out for him! During an average football season for Ronaldo, he’s estimated to sprint 900 times more than an Olympic sprinter does in training. 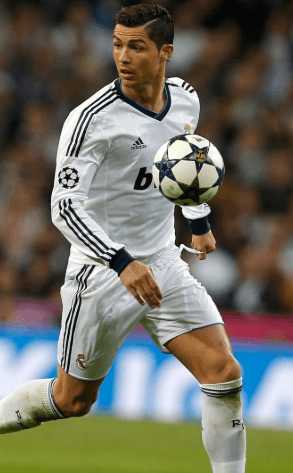 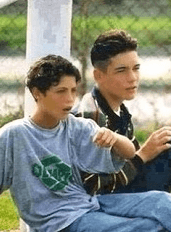 This is a pretty amazing story of friendship! Ronald was best friends with his team mate Albert Fantrau. Their coach told them that whoever got the most goals in a particular game would win a scholarship to Lisbon’s prestigious footballing academy.

Fantrau and Ronaldo were neck-and-neck on goals when Fantrau had the chance to score. Instead he passed the ball to Ronaldo and passed up the opportunity of a lifetime. He later explained that he did this because he knew that Ronaldo was a better footballer. Ronaldo has never forgotten this sacrifice, and once gifted Fantrau a house, a card and money as a thank you. 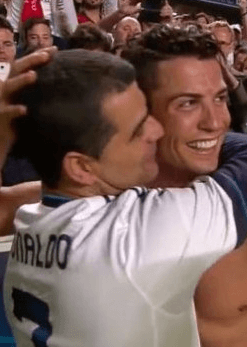 5. He was the first ever Portuguese player to join Manchester United F.C. 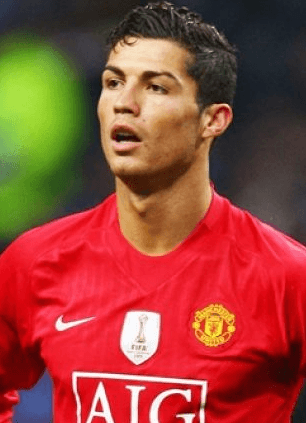 In 2003, Ronaldo signed for Manchester United. He was still only a teenager but the Red Devils forked out £12 million for Ronaldo, who became the first Portuguese player to join MUFC.

He was also awarded with the number 7 jersey – this came with considerable added pressure, due to the fact that it had previously been worn by David Beckham, Eric Cantona and George Best! Ronaldo proved himself more than worth of the jersey, and the number 7 eventually came to define his sporting career. 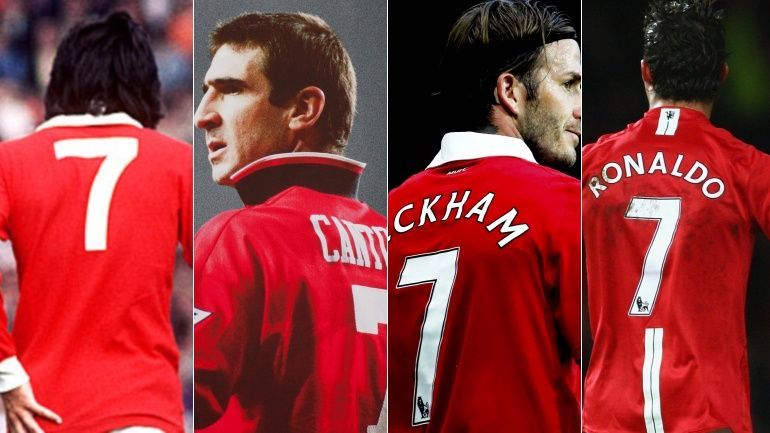 4. His father was an alcoholic, which is why Ronaldo refuses to drink 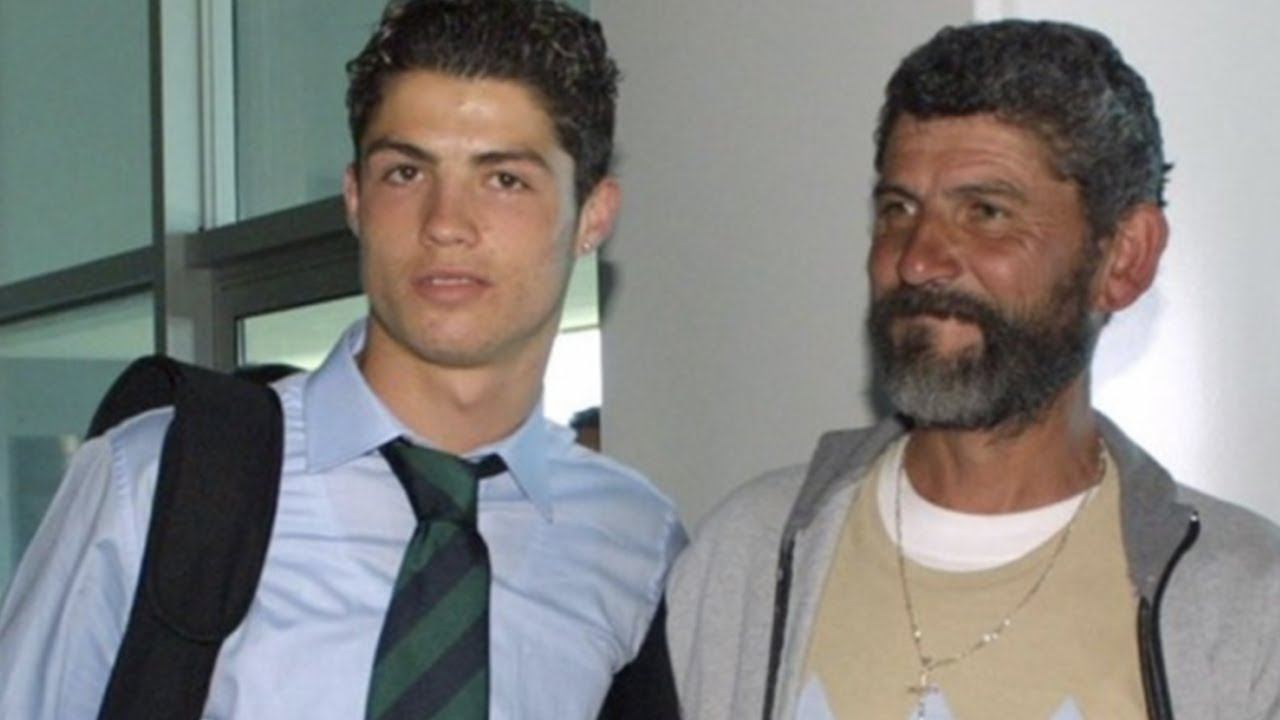 Sadly Ronaldo has had his fair share of family tragedy, and when the footballer was only 20 years old, his father José died of complications related to alcoholism.

The star had already tried to get his dad into rehab several times, but unfortunately José refused help. As a result of this loss, Ronaldo refuses to touch alcohol – he is concerned that the condition is hereditary and doesn’t want to risk following in his dad’s footsteps. 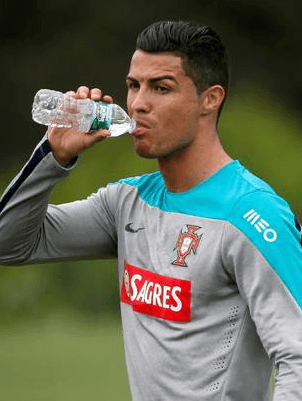 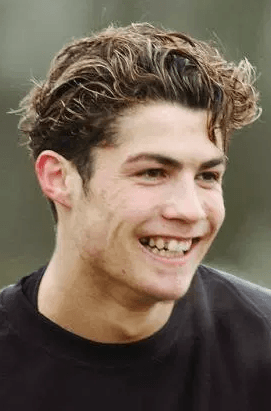 Ronaldo actually had to undergo major surgery at the age of 15 years old due to a racing heartbeat. If he hadn’t had the heart surgery, there’s a risk that Ronaldo would never have been able to become a major football star. Apparently the future Real Madrid player had his surgery in the morning, and was then released from hospital that afternoon!

He was then back at training within only a couple of days. That’s dedication… 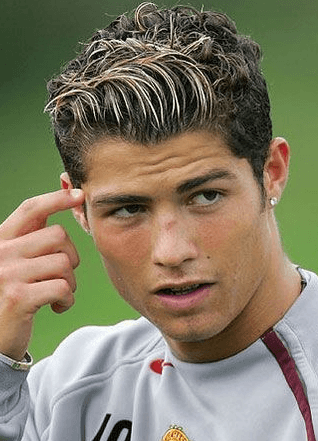 2. There’s a lot of mystery surrounding the birth of his children 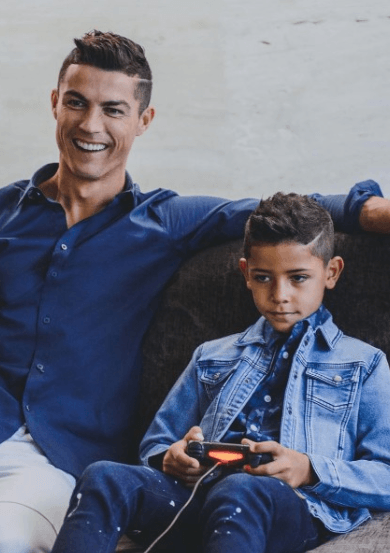 The birth of Ronaldo’s first three children have been shrouded in mystery. In 2010, Cristiano became a father for the first time to Cristiano Jr., who was born in the United States to an unidentified woman. He paid the mother of his child for full custody of the baby, who was raised by Ronaldo and Ronaldo’s mother, Dolores, in Portugal. He will never reveal the woman’s identity as per their agreement.

In 2015, Ronaldo then became a father to twins who were delivered via a surrogate in the United States. Ronaldo paid the woman to carry his DNA. Finally, in 2017, Ronaldo and his longtime girlfriend Georgina Rodriguez enjoyed more of a traditional addition to the family – Rodriguez gave birth to a baby daughter Alana in November 2017. They are raising all of Cristiano’s children together. 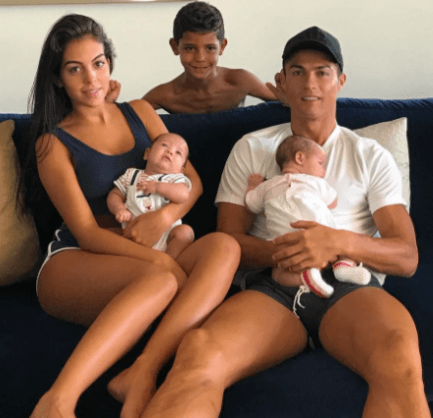 1. He was expelled from school at the age of 14 years old 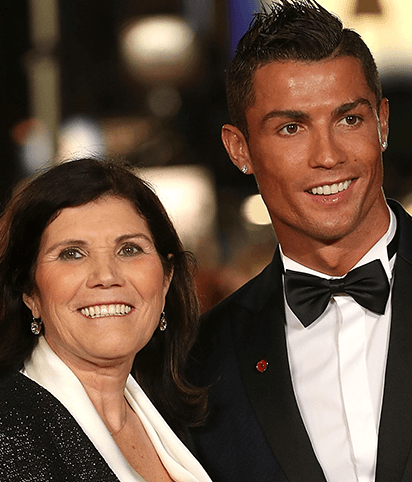 Ronaldo was expelled from school at the age of 14 years old after a teacher at his new school mocked his accent! Ronaldo got so angry about the joke that he threw a chair at the teacher, leading the future footballer to be expelled. Dolores wasn’t too angry when Ronaldo got home though. She could already see that his true talent was football and instead Ronaldo was able to focus 100% on becoming a professional. Good job he didn’t suffer any career-ending injuries as a young man! 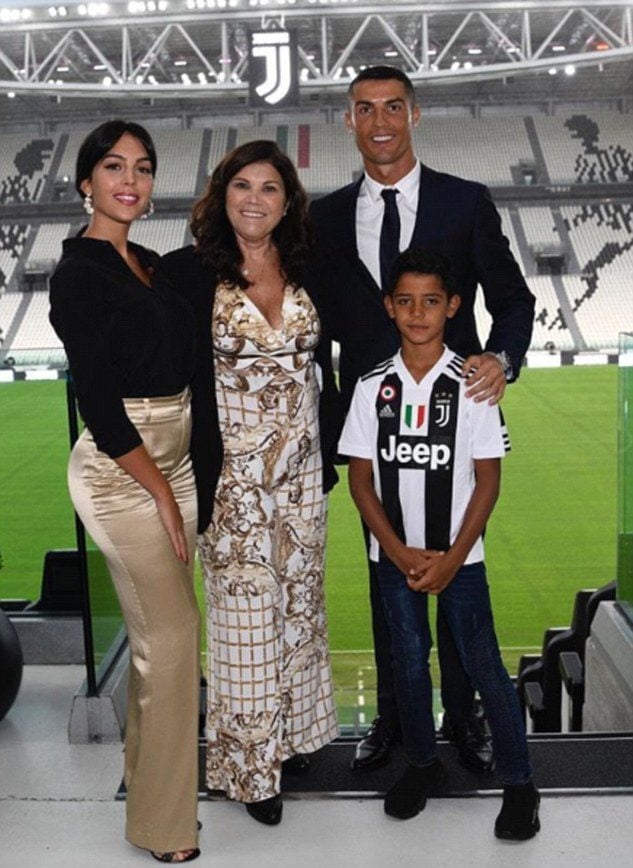 Did you enjoy all of these Things You Didn’t Know About Cristiano Ronaldo? Let us know in the comments section!