The Taliban has seized Kandahar, Afghanistan’s second-largest city,  as the militant group continues its rapid advancement toward the capital Kabul, following the withdrawal of American forces, which began in May and is scheduled to be completed by late August.

Kandahar, which lies in the south of the country, has been besieged by the Taliban for weeks, with many observers considering its fall as the beginning of the end for the country’s government.

In a statement Friday, August 13, the Taliban said they had taken control of the governor’s office, police headquarters, as well as other key operational centers throughout the city.

“Hundreds of weapons, vehicles and ammunition were seized,” the Taliban statement said.

Afghan Member of Parliament Gul Ahmad Kamin said he and many others had made their way to a military base close to the city’s international airport and were awaiting a flight out.

“Many (government) soldiers surrendered and the rest fled,” Kamin said.

Kandahar lies on the junction of three major highways. 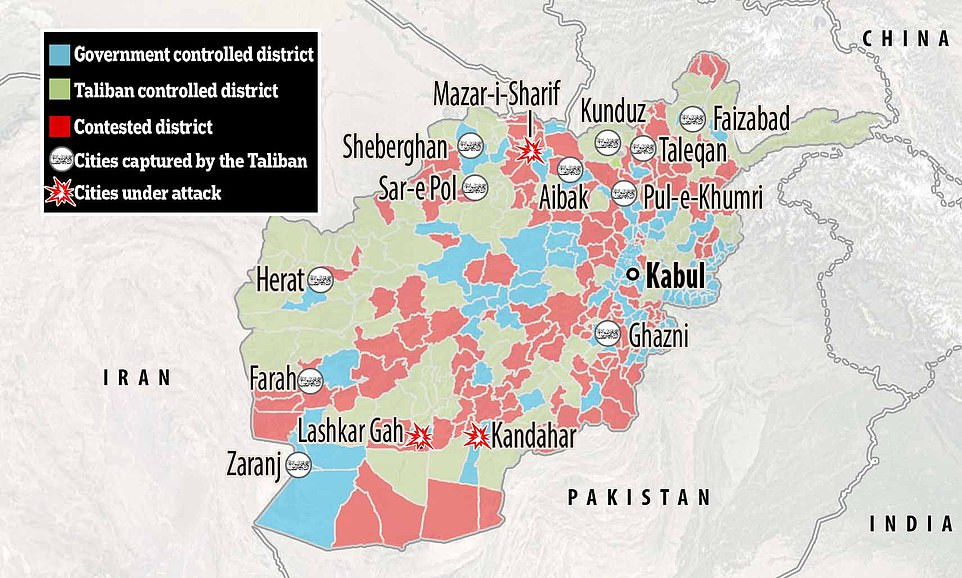 It is of particular strategic importance and its seizure marks the most significant gain yet for the Taliban, which has now taken control of at least 14 of the country’s 34 provincial capitals.

With the capture of Ghazni, and now Kandahar, the Taliban is now in control of key locations both to the north and south of Kabul.

In response to the Taliban’s sweeping advance, the US and UK  announced on Thursday night they will be sending 3600 troops to the the country to assist with a “reduction of civilian personnel at the embassy in Kabul” and to “facilitate the processing of” Special Immigrant Visas for Afghan nationals who assisted Americans and the British during their time inside Afghanistan.

The war against the Taliban started in 2001 after Al Qaeda carried out the 9/11 bombings in New York.