Confusion as Zuma gets 15 months in jail for contempt

The court on Tuesday morning gave Zuma five days to hand himself over to the South African Police Service in either Nkandla or Johannesburg, failing which it ordered the minister of police to take whatever steps necessary to effect the judgment. 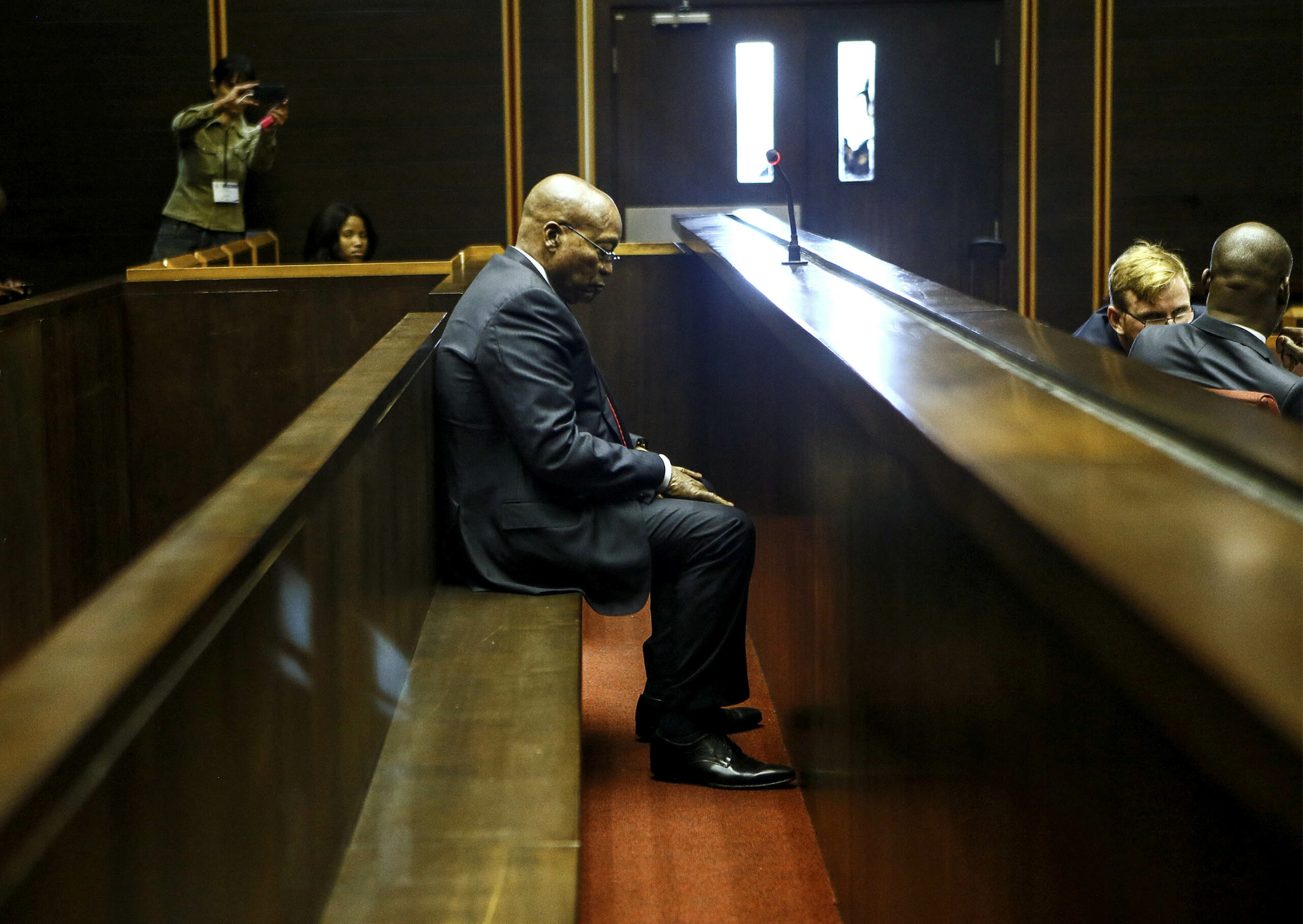 Carl Niehaus, spokesperson for the disbanded Umkhonto weSizwe Military Veterans Association (MKMVA), told the Mail & Guardian that the organisation found the sentence to be “utterly unacceptable”.

“We are fundamentally opposed to this sentence and to [former] president Zuma going to prison. We will use all our legal constitutional rights to express our fundamental opposition to this decision, and to oppose it in every way that is legally possible,” Niehaus said.

Niehaus said the MKMVA would “express our outrage and oppose this sentence”.

“We are fully aware that this is the apex court. The acting chief justice has said that judges and judgments are not above criticism. We will most certainly criticise this judgment,” he said.

Turning to earlier statements by MKMVA members at Zuma’s Nxamalala home that they would physically defend the former president should police attempt to arrest him, Niehaus declined to comment.

“We have expressed our fundamental opposition to the imprisonment of [former] president Zuma. We will decide about how we express that opposition through our actions,” he said.

Bishop Vusi Dube, the ANC KwaZulu-Natal MPL who co-ordinates support for Zuma during his court appearances on corruption charges, said he was “shocked” by the ruling.

“This is a serious shock,” Dube said. “I am in tears. I have never seen a mismanagement of justice like this.”

Dube said that it was an “injustice” that Zuma’s version — that deputy chief justice Raymond Zondo was biased against him — had never been independently tested.

“The former president was never given a chance to put forward his version. This was never tested,” Dube said.

Dube said the decision was “very painful”’ and had taken South Africa to the “brink of darkness”.

“It is not easy for anybody to accept that a man who has done so much for our country will be sent to prison just because he won’t sit in a commission that is presided over by somebody he thought was biased,” Dube said. “I do not think that people will allow anybody to touch Zuma; to send him to prison.”

“People are calling to say they are on their way to Nkandla to protect the former president. I don’t know what to tell them,”’ Dube said. “You have seen the numbers when there is a court appearance. How much more so when they come to take him to jail?”

Dube said sending Zuma to jail would make it more difficult for him to conduct his defence in his corruption case — set down for 19 July — from prison.

“How does he prepare for such a trial from a jail cell?” Dube asked.

Mzwanele Manyi, spokesperson for the JG Zuma Foundation, said the organisation was “taken aback” by the judgment.

Manyi said the foundation “takes note” of the minority judgement by judges Chris Jafta and Leona Theron, which believed that the sanction of a direct jail sentence was unconstitutional.

Manyi said Zuma would consult with his legal team and apply his mind as to whether he would comply with a ruling that was labelled as unconstitutional by two Constitutional Court judges.