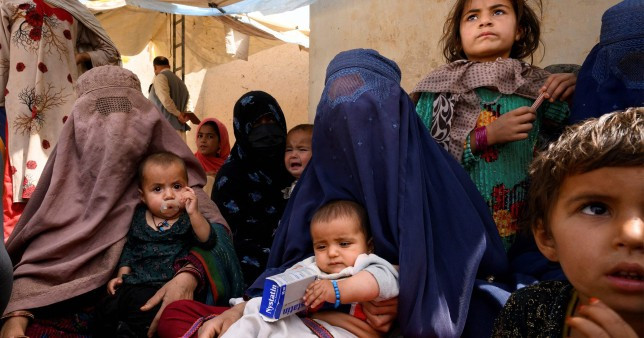 Desperate parents in Afghanistan have reportedly sold off their babies to get enough money to feed their other children amid a humanitarian crisis unfolding in the country where more than nine million people have been plunged into severe food poverty since the Taliban seized power.

Just two months after the takeover, living conditions in Afghanistan have deteriorated so rapidly with fears it could already be the world’s biggest humanitarian disaster.

New parents confirmed they have sold their babies just to get enough money to feed their other children.

Destitute citizens include a couple who sold their newborn child for £400, which will get the family ‘through a few months’. 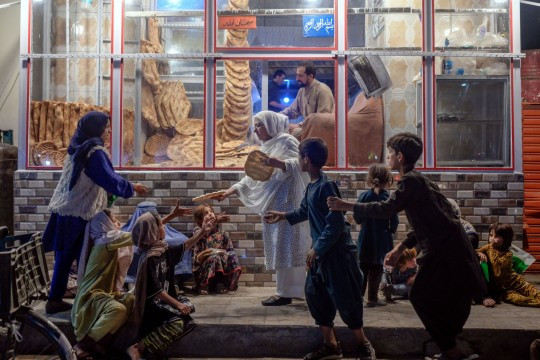 The baby will stay with them until she’s learnt to walk and then be taken by the man who bought her.

They were told she’ll marry his child once she’s grown up, BBC News reports.

The father, who used to collect rubbish and is unable to earn any money now, said: ‘We are starving. Right now we have no flour, no oil at home. We have nothing.

‘My daughter doesn’t know what her future will be. I don’t know how she’ll feel about it. But I had to do it.’

This compares to 14 million in August when Ashraf Ghani’s western-backed government was still in place.

‘I don’t know how you don’t have millions of people, and especially children, dying at the rate we are going with the lack of funding and the collapsing of the economy.’

A million Afghan children are at risk of starving to death.

The food agency needs up to £161 million a month to partially feed Afghanistan’s near 23 million vulnerable people as winter nears.

Aid groups have urged countries, concerned about human rights under the Taliban, to engage with the new rulers to prevent a collapse they say could trigger a migration crisis similar to the 2015 exodus from Syria that shook Europe.