Skip to content
Home Health Indian man who has 39 wives, 94 children and 33 grandchildren still looking for new wives — “I am ready to expand my family”

Man who has 39 wives, 94 children and 33 grandchildren

After marrying 39 wives and having 94 children and 33 grandchildren, this 66-year-old man from India confessed that he would not mind marrying for the 40th time.

Ziona Chana currently lives with his growing family in India’s remote northeast region in Mizoram state where all of the family members share a four-storied building, as reported by Reuters 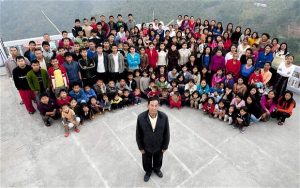 At the family residence which has 100 rooms for their family to occupy, all of Ziona’s wives share a dormitory near his private bedroom 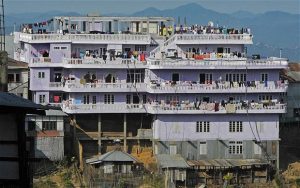 Meanwhile, his sons and their wives stay at different rooms in the same building. The family, however, share a common kitchen area.

According to locals, Ziona was reported to have seven or eight of his wives by his side at all times.

With such a large family, the wives take turns to cook while the daughters clean the house and do the laundry. The son, on the other hand, help with the farming and taking care of their livestock.

Thanks to donations from their followers and their own resources, they are able to support their daily expenses.

While it may be odd for most people to have multiple wives at the same time, polygamy is actually common in ‘Chana’, a Christian religious sect that Ziona heads. The sect which was founded in 1942 believes that they will soon be ruling the world with Christ.

Ziona first met his oldest wife when he was 17. She was three years older than him and it did not take long before he married another.

According to Ziona, he even married multiple times in a year once. “I once married 10 women in one year,” he said.

Even though he already has 39 wives, Ziona does not have any plans to stop marrying 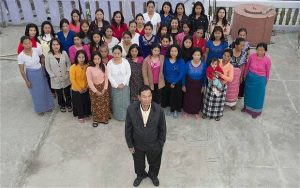 “Even today, I am ready to expand my family and willing to go to any extent to marry,” Ziona added.

“I have so many people to care (for) and look after, and I consider myself a lucky man.”