Jennifer Hough, the attempted ra pe victim of Nicki Minaj’s husband, Kenneth Petty, has shared some of the death threats she’s been revealing since she granted an interview about her lawsuit against the couple.

Jennifer went on “The Real” earlier this week and spoke about how her life has been affected because of her connection to Kenneth Petty. She said she’s had to live her life in constant fear for years, change her phone, move and quit jobs.

She also shared details about alleged harassment at the hands of Nicki Minaj and Petty.

The lawsuit explicitly calls out the couple and alleges they’ve been intimidating and harassing Jennifer.

She is receiving disturbing direct messages and some threats, according to her attorney, Tyrone Blackburn. 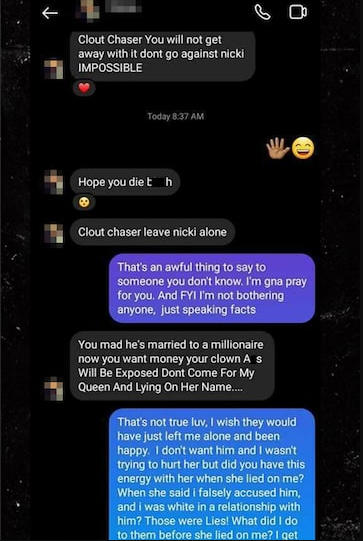 The threats sent to Jennifer include inflammatory insults, someone wishing death upon her, and there was also a concerning tweet in which someone shared her personal contact information. 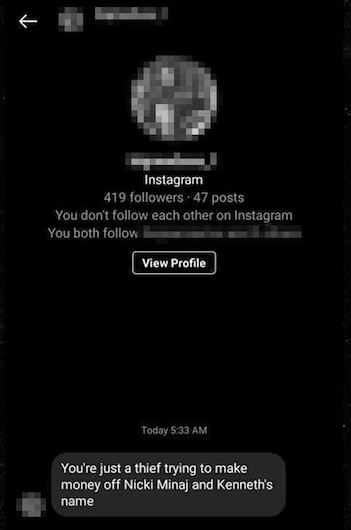 Blackburn says the scary response from Nicki’s fans reinforces what Jennifer expressed in her interview, that she’s had to live her life in constant fear since the incident with Petty.

Jennifer was the victim in Petty’s 1995 conviction for first-degree attempted rape in New York, which is why he has to register as a sex offender. You may recall, Petty was charged with not registering in California, and recently took a plea deal.

In August, Jennifer Hough sued Nicki and Kenneth for allegedly harassing and threatening her to not speak about the incident.