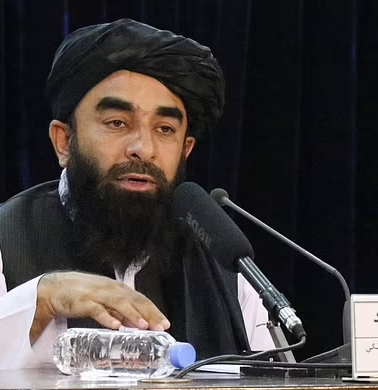 Despite promising that the Taliban group will be more liberal than they were 20 years ago, the terrorist group that has taken over Afghanistan is proving that not much has changed with their policies.

A Taliban leader has announced that music will be banned in Afghanistan and women will be required to travel with a male chaperone on trips that last several days.

In an interview with the New York Times, Taliban spokesman Zabihullah Mujahid said while women will eventually be allowed to return to work and go on trips to school, and hospitals, they would need a male chaperone for trips that last several days.

He added that music will be banned in the country.

Mujahid said: “Music is forbidden in Islam, but we’re hoping that we can persuade people not to do such things, instead of pressure them.”

Still, he said, things will be different under this Taliban rule than the previous regime.

Rejecting reports that the Taliban is already extracting vengeance on those who opposed them, Mujahid said: “We want to build the future and forget what happened in the past.”

He suggested to the New York Times that the Taliban will let women return to their jobs in the future as long as they wear a head covering. He added that concerns that the Taliban would once again force women to stay inside or cover their faces are baseless.

He also said that those with proper travel documents will be able to leave the country, and that his regime will not hunt down former interpreters and others who have worked with the American military over the years, but expressed frustration at American evacuation efforts.

He said: “They shouldn’t interfere in our country and take out our human resources: doctors, professors and other people we need here. In America, they might become dishwashers or cooks. It’s inhuman.”

But, he said, he is still hopeful that the Taliban could build good relationships with the international community, saying they have already cooperated with international leaders on issues like counterterrorism, opium eradication and the reduction of refugees to the West.

Mujahid’s remarks come one day after he announced at a press conference that women should remain inside “until we have a new procedure” in place, while the Taliban trains its forces not to harass women.

He said: “We are worried our forces, who are new and have not been yet trained very well, may mistreat women. We don’t want our forces, God forbid, to harm or harass women.”

In the meantime, he said, women’s salaries will be paid in their homes, echoing what Ahmadullah Waseq, the deputy of the Taliban’s cultural affairs committee, told the Times: that the Taliban has “no problems with working women” as long as they wear hijabs.