No Ghanaian,Kenyan or Nigerian airport is on the new list of Top 10 best airports in Africa while for the first time in nearly a decade, Singapore’s Changi Airport has lost its place at the top of world’s best airports at the World Airport Awards.

The best airport awards carried out by Skytrax’s annual ranking, places  Doha’s Hamad International Airport, as the number one spot in 2021 in the “World’s Best Airport” category. 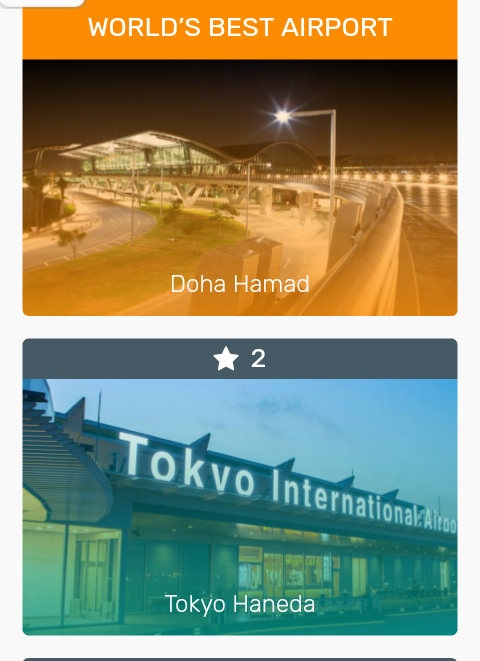 Doha’s climb to the top comes after hard work from its flagship airline, Qatar Airways. The Qatari government has invested heavily in both its national carrier and its airport in the last decade.

The award was given to Qatar airways after award organizers noticed that travelers on Qatar Airways who have a connecting flight at Heathrow International Airport can enjoy free city tours, gratis accommodation, food  and a VIP transfer service where airline employees meet visitors as they de-plane and guide them seamlessly through the airport and onto their connecting flight.

Airports in Europe and Asia dominated the rest of the TOP 10 2021 list. Japan was voted best-rated country overall, with three airports in the top 10, including both of Tokyo’s airports (Narita and Haneda).

Three Airports from South Africa make the top 3, Mauritius and Marrakech make 4th and 5th respectively while the airport at Casablanca comes in at 6th. 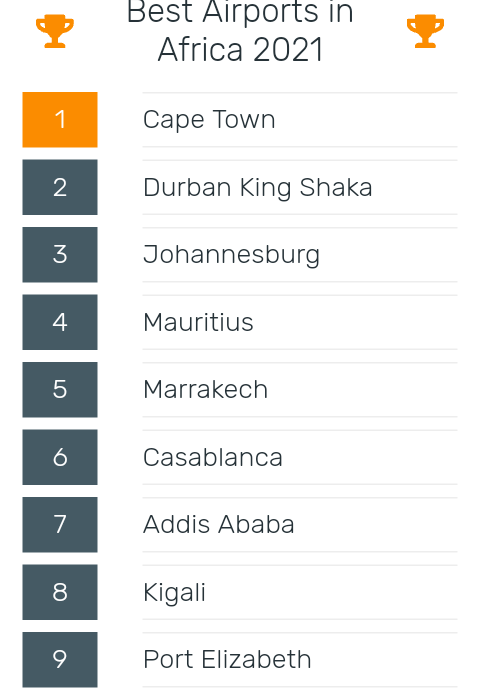 The World Airport Awards are voted for by customers in a global airport satisfaction survey conducted from August 2020 until July 2021.

Here’s the full list of the top 10 in the “World’s Best Airport” category: 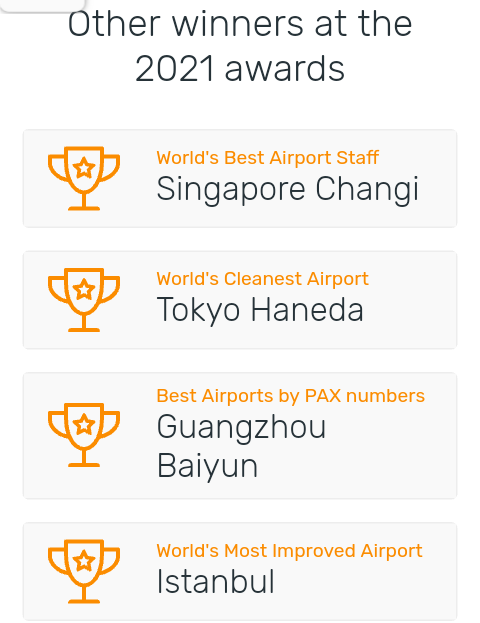