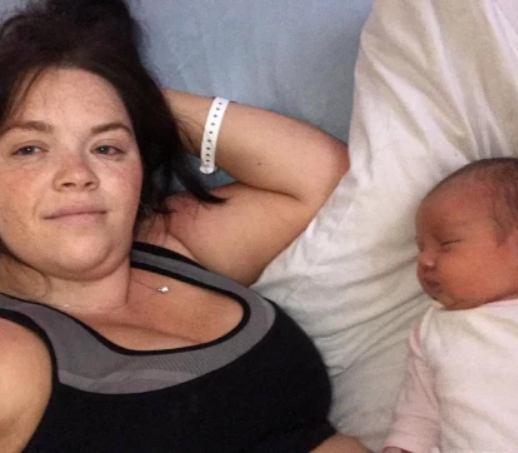 A woman found out she was pregnant just four hours before she gave birth..

Lorna Goodings, 25, had thought her baby bump was just bloating and doctors put her swollen tummy down to the effects of her birth control.

She even did a pregnancy test in July 2021, when she’s believed to have been 38 weeks pregnant, and the result came back negative. She did another test on the day she gave birth and it was still negative.

As a result, Lorna was shocked to find out she was pregnant and already in labour just four hours before she gave birth to her daughter, Daphne Burdiak, at Northampton General Hospital, Northampton, on August 1. 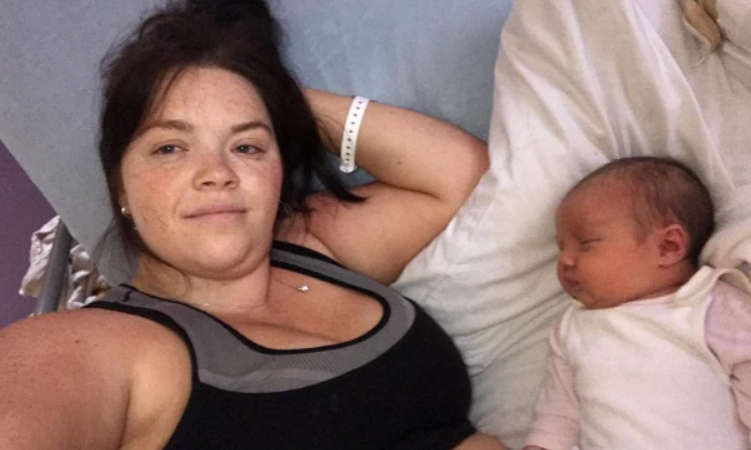 She was at a friend’s party when she felt pain so was rushed to the hospital only to discover she was in labour.

She says: “When I went into labour, I was at a party with my friends, and I was in pain all day.

“It got so bad that my friends took me to the hospital, and medics told me I was 38 weeks pregnant and in labour.

“I couldn’t believe it.”

Lorna said it was a surprise for her and her partner, Nick Burdiak, 42, a machine operator, who couldn’t make it for the birth as he was on a night out with his friends. 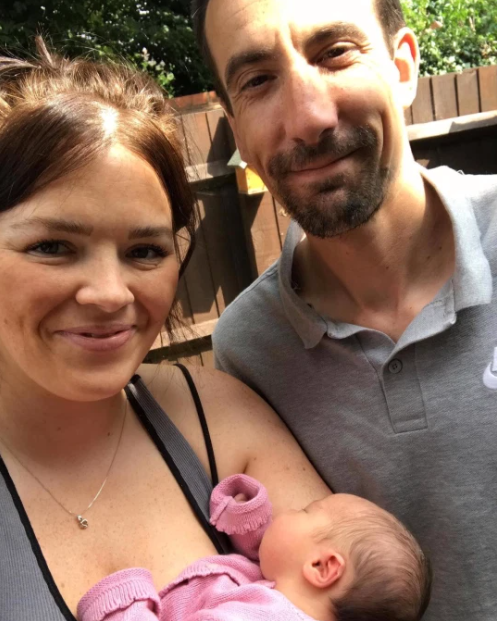 Lorna continued: “I didn’t even tell Nick – as I knew he would have had too many pints and wouldn’t understand.

“It’s been a massive shock, but baby Daphne is just amazing.”

Lorna, who had her first child Vivienne, in June 2020, now has two kids both under 13 months. 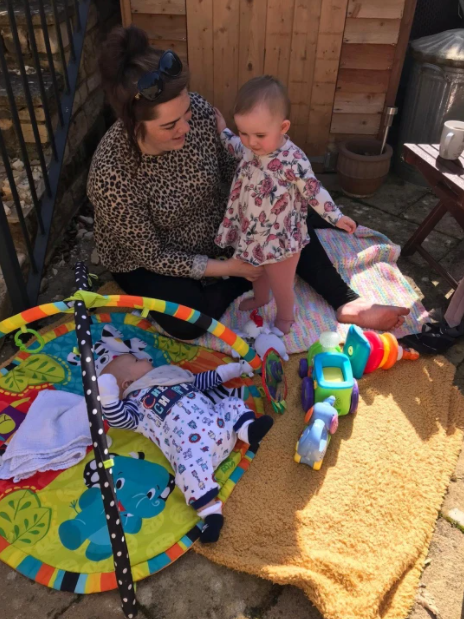 Explaining why she didn’t know she was pregnant, Lorna said: “I had the contraceptive implant in October but started feeling really rubbish pretty soon after.

“I put on lots of weight, but I knew that was a side effect, so I didn’t think anything of it.”

She explained that she kept struggling with an uncomfortable bloated stomach, so went to see her GP.

She recounted: “They told me to keep going with the implant and thought it might just be water retention, so they told me to try and lose weight.”

Lorna then started fasting and exercising a lot to push herself to lose weight on her doctor’s advice, all to no avail.

She said: “I was going for long walks and actively trying to get the weight to budge in the hope that would help the discomfort.

“I didn’t think I was pregnant because I knew what it had felt like when I had carried Vivienne.”

Lorna took a pregnancy test on the day she went into labour – but it came back negative.

“I was in pain all day and it did feel like contractions, so I did actually take a pregnancy test, but it said negative,” she said.

“But the pain kept getting worse and it was so bad I could hardly speak.”

It wasn’t until friends rushed her to the hospital that it was discovered she was about to have a baby.

Now baby Daphne is home and doing well and the family are adjusting to their new surprise addition.

“We’re very happy but it has been a lot,” Lorna said.

Nick said: “It was a huge shock and something neither of us ever thought could happen, especially as we were careful.

“Luckily she is healthy and beautiful but things could have been a lot worse. We are very grateful.”