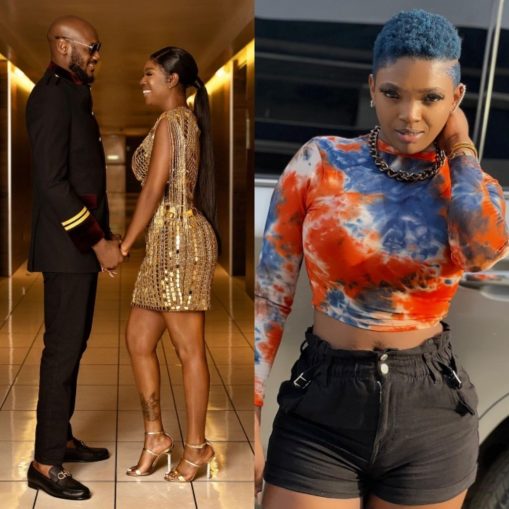 Report says Nigerian artist and Father of 7 children, 2Face has gotten a banker pregnant… The reason why he recently tendered a public apology to his wife. This will be the 6th child 2Baba is having outside his marriage😬.

As reported earlier by afromambo, 2Baba made a public apology a few days ago to Annie for hurting and embarrassing her and the family.

Sharing a video of Annie in bed on his Instagram page, 2face Idibia wrote “Forever Grateful go u @annieidibia1 Love u till I die…U kind is rare #GRATEFUL to u forever. Sorry, I messed it all up.”

He expressed his regret for the humiliation he has brought upon his wife, his children, his mother, and all of his relatives and management in yet another lengthy message.

But he was quite clear that he wasn’t seeking pity or trying to seem nice because that would be reverse psychology.

He acknowledged that he has been a lousy husband, father, and baby daddy and that he makes no excuses for it.

2face continued, “I’m just going back to my default style, denying my role model position, and making up for a lost time.”

New speculations surface a few days after his heartfelt apologies, claiming that he is allegedly expecting his eighth kid. 2face allegedly impregnated a banker, according to a well-known Instagram blogger. Social media is breathing fire on 2Face, wondering what makes Annie stay in her marriage despite the constant humiliation.

Since Zari the boss lady teased season 2 of Young Famous and African we hope to get answers from Annie.

Here are some of the comments online;

“I suspect these two did money ritual together, and he has to keep getting children out of wedlock for the ritual and she knows.”

“Nah she’s not going through a lot. U can’t feel sorry for a woman like that, she must be knowing that the lifestyle and money she’s getting is worth all the tears. If this guy was broke she would have packed her bags when the 1st child was born 🥂”

“It’s not like she’s surprised or something init..😭😂.. I mean after the second one she knew this shit won’t stop fam…”

“2Face laughed when Zari was disrespecting Annie and their marriage in front of him, he literally doesn’t give a f’ck about her, and it’s sad that she can’t see it😭”

“Annie expected 2baba not to cheat on her? Lol, someone whose stage name is 2face. Oju meji ni ada e ni mehnn…”

“Honestly 2face has to be one of the most unserious married man I’ve ever seen in this life, 2 baby mamas, one wife, 7 kids with 3 mothers and now he’s imregnated another woman again, no wonder Annie is going crazy everyday, this type of marriage is reason enough to run anyone mad”