Four police officers have been served suspension notices in the wake of the Parliament fire.

Three of the officers were responsible for monitoring the CCTV.

The South African Police Service (SAPS) says the CCTV video wall was not working after a December power failure.

Police were monitoring CCTV footage on smaller screens on the night of the fire.

The main assembly chamber was “completely gutted” by the initial blaze, which broke out in an old parliament office building before spreading to the National Assembly on Sunday January 2.

More than 70 fire crews rushed to the scene to tackle the fire, which saw black smoke billowing over the city.

According to reports, firefighters were still working on “hotspots” of the blaze when further flames erupted, sparking concerns the entire structure could collapse.

Moloto Mothapo, head of communications for the parliament, tweeted on Monday afternoon: “Unfortunately after almost two days of brave battle with the flames in the National Assembly Building, more fire has just been fanned up.

“Firefighters remain at the scene and are continuing with the fight to bring the fire under control.” 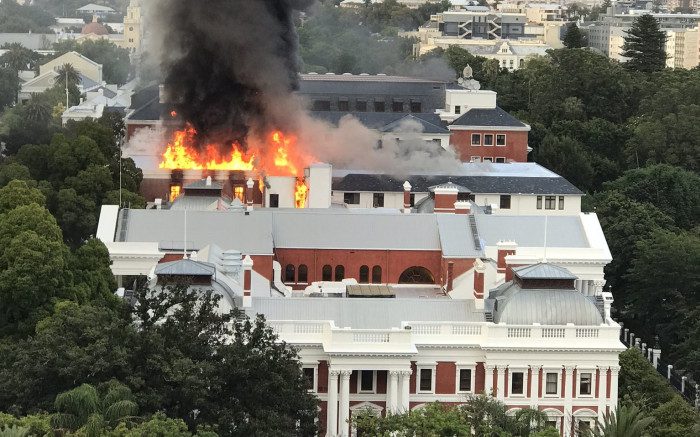 Where next for Parliament? Other location options being considered