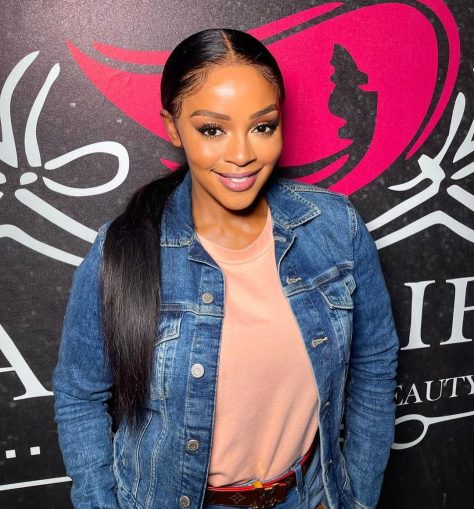 Music entrepreneur Nota Baloyi has gravely alleged and called out singer, Idols judge, and actress Thembi Seete for having a child with a married man.

Nota is popularly known for his ‘reckless’ tweets and freedom of speech that has angered a number of people. The latest video of Idols SA judge Somizi Mhlongo yelling at his co-judge Thembi Seete has greatly outraged most of Mzansi, if not all. This sad occurrence then gave the controversial Nota Baloyi the opportunity to make some accusations against Thembi Seete.

Thembi Seete received criticism for simply being on the panel with JR and Somizi Mhlongo in a tweet that was intended for Somizi Mhlongo. To be perfectly honest, Nota Baloyi had to be annoyed by the social media footage that showed Thembi and Somizi Mhlongo yelling at each other while having an awkward argument on live television.

“Thembi Seete allegedly had a married man’s baby, she’s chosen hoe is life but I’m disgusted that DSTV forced Proverb & JR to work with a convicted sex offender. My wife told me she wants nothing to do with Somizi, now her publicist is playing nice with Mary Thwala’s satanist son!” Nota tweeted

Nota Baloyi’s careless remark regarding Thembi Seete has drawn criticism from Twitter users who used it as an excuse to criticize him. As everyone is aware, Nota Baloyi never backs down from a challenge and will vigorously defend his tweets throughout the day.

It seems like Nota Baloyi is struggling too much to stay relevant.