Families in shock after hotel death of Nelli Tembe, fiancée of AKA

Details of the circumstances of Nelli Tembe’s death are not yet known.
According to some unconfirmed sources,AKA’s newly engaged fiancee Nelli Tembe has reportedly died after allegedly jumping out of a building in the early hours of Sunday, 11 April.

The family of Anele “Nelli” Tembe and well-known musician Kiernan “AKA” Forbes have confirmed the death of the musician’s girlfriend at the five-star Pepperclub Hotel in central Cape Town on Sunday.

Tembe apparently fell from the 10th floor of the hotel early on Sunday morning.

“We are still in shock and dealing with our emotions, as she was an exceptional and gifted young woman with so much life ahead of her,” the families said in a joint statement issued on Sunday afternoon. “She had a sweet nature about her and was always nurturing to those about her.”

Police were on the scene for much of Sunday, looking for clues at the upmarket hotel.

Paramedics said they had been dispatched to the scene after being told a young woman “fell” to her death.

“She was in a critical condition and they started a full life-support resuscitation. Unfortunately her injuries were too severe and she was declared deceased,” said Netcare 911 spokesperson Shawn Herbst.

The road outside the hotel was blocked off.

Witnesses who were staying at the hotel described to TshisaLIVE how they had heard a woman screaming, followed by a loud “doef” sound — and then a man shouting.

A witness also reported hearing a man crying on Sunday morning, adding that the couple had been spotted the night before in the hotel elevator, looking “loved up”.

The statement from the families said: “Forbes is now inconsolable and is surrounded by family and [his] closest friends.”

Last month, congratulatory messages flooded social media platforms after rapper AKA announced that he has taken a step to pay lobola for his 22-year-old fiancee.

The details around the incident are still sketchy but Western Cape police spokesman Captain Frederick van Wyk told the publication, “Crime scene experts are still on the scene combing the area for clues. The couple was said to be at the hotel as part of the celebrations for one of the rapper’s friends.

Recently the Hip Hop star paid lobola and was very candid that he wanted his fourth coming wedding with Tembe to be televised.

The cows came home and AKA is ecstatic. Just a few weeks after popping the question, the rapper goes to pay lobola for Neli Tembe.

After a colorful lobola bliss, it seems as South African Hip Hop sensation is not holding back. Well AKA wants his much-talked-about forthcoming wedding to be televised. He took it to social media to pop the question to his fans on which broadcaster can deliver and offer better services. However, his tweet got Mzansi talking.

The star recently went official with his fiancée as he confirms paying lobola for her. Well, the rapper is really planning their wedding as he shared that he is shopping for a TV channel that’s willing to pay to broadcast the much-anticipated wedding. AKA took to Twitter and asked his fans to tag their favorite broadcaster.

The real question now is … who gon’put up them racks for the wedding content? *kanye voice* “who gon be the Medici Family?!?!” Lol. Tag your favourite broadcaster ….

Tembe and AKA recently had their traditional wedding and the rapper announced that they were working on having a white wedding and wanted it broadcasted live on TV. Nelli managed to keep her life away from the public despite dating a famous celebrity and AKA testified that he has been feeling great being with a woman who doesn’t chase the limelight.

Details about her current state are sketchy but she was carried away by paramedics from the scene of the suicide attempt. Many suspect that Nelli has been depressed leading to the attempt on her life. 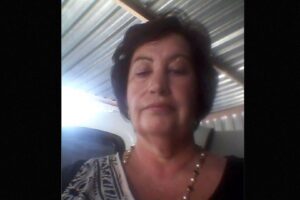 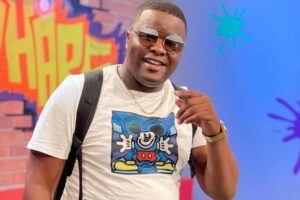