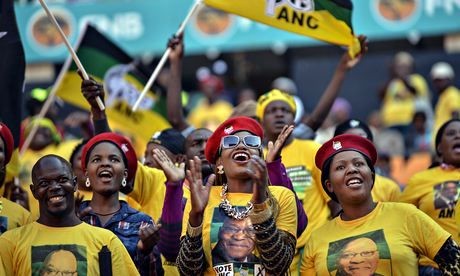 ANC Gauteng conference marred by legal challenge. Following allegations of fake delegates and disagreements on the manipulation of delegates, the Gauteng ANC provincial conference got off to a bumpy start.

A huge setback occurred yesterday for the provincial conference at the Lakeside Hotel in Benoni after one of the ANC delegates imposed an interdict on the ANC and the Gauteng PEC.

A delegate from Ekurhuleni’s ward 33, Jabulani Derick Sithole, went to the South Gauteng High Court in Johannesburg to request that the court overturn the decision of the ANC national executive committee (NEC), which instructed the Gauteng provincial executive committee (PEC) to handle the disputes in Ekurhuleni that resulted from its regional elective conference last month.

Additionally, he requested that the PEC rule on issues pertaining to the regional conference’s decision in Ekurhukleni, which had an impact on five branches that were disqualified and their 19 quarantined votes.

The court application was prompted by a letter that Paul Mashatile, the acting secretary-general of the ANC, sent to Jacob Khawe, the provincial secretary of Gauteng, on Friday.

Mashatile claimed in the letter that the party’s national executive committee had given the go-ahead for the provincial elective conference. Mashatile further stated that during its regional elective conference, which took place from July 27 to July 29, in Fourways, the Gauteng PEC should address the Ekurhuleni concerns about the 19 quarantined votes.

Sithole and several of the Ekurhuleni branches were upset by the ANC’s decision to refer the case back to the Gauteng PEC.

After the arguments made it necessary for the meeting to start after 3pm on Friday, delays started.

After receiving Mashatile’s letter, Khawe informed the media that the PEC was working on the ability to revoke branches of Ekurhuleni in particular.

“If you have passed verification and you qualify, who has powers to re-verify the branch? And we did not have an answer and then we looked at the guidelines.

“The guidelines give that authority to a branch member who was present in that meeting and in this instance they were disqualified because the national received a letter from the region and the region was making allegations against these branches and that’s how we ended up being where we are,” he said.

Khawe noted that the handover report from the current committee must be presented at the first meeting of the incoming PEC before they discuss the process plan for involving all of these structures and ultimately make a decision.

“We want this to be done urgently because there is no leadership in Ekurhuleni and the ANC has to resolve that matter because we are preparing for 2024 (elections) and we can’t prepare for 2024 when we don’t have structures such as the regional leadership,” Khawe explained.

He said it was also in the ANC’s interests as a party to conclude the issue of Ekurhukleni.

“if we had all these processes, documents and reports I am sure today we would have taken a better decision but we didn’t want to make a decision from this and that, my view, your view but we wanted to make a decision based on the quality of the material we gather in the process,” Khawe stated.

The court case involving Sithole yesterday nearly put an end to the conference, and the provincial leadership was required to speak with their attorneys so they could submit their answering affidavits in the case, which was heard in court last night.

The delegates were instructed to start the conference sessions notwithstanding the court documents by ANC Gauteng chairperson David Makhura.

“We’ve consulted with our legal team. We are going to defend the case,” Makhura said.

While the ANC provincial leadership had earlier in the week promised a smooth and incident-free conference – complaints of bogus delegates and disputes from some of the branches of the West Region and the five regions of Ekurhuleni, dominated the proceedings.

The Gauteng ANC and security spent hours looking for fake delegates, including checking individuals who had reservations at close-by Benoni hotels.

ANC Gauteng elective conference is all about whose time it is to eat. Whether it’s Lesufi or Maile, it won’t matter come 2024. Gauteng deserves a public servant, not a politician. ActionSA’s Bongani Baloyi is the only candidate capable of leading Gauteng. #ANCGP pic.twitter.com/Ue0mj8Q1i1