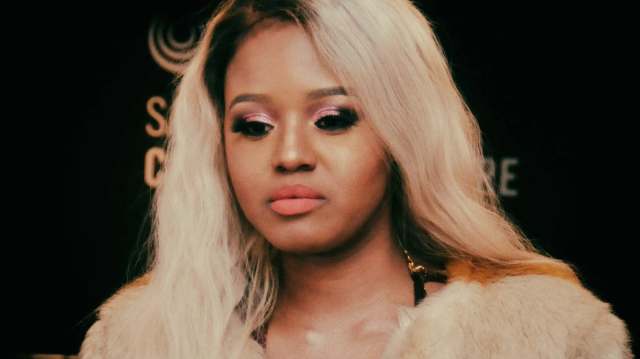 Babes Wodumo is suggesting that the tumultuous times when scandal just followed her everywhere she went are probably a thing of the past, if her recent social media post is anything to go by.

Babes Wodumo shook the music industry when she gave us “Wololo,” featuring no else but Mampintsha. The star’s rise to fame was instantaneous and she was immediately a household name. Because of what she represented in the music industry at the time, Babes Wodumo received the title of this generation’s Brenda Fassie and Lebo Mathosa. She like the aforementioned stars had, and still has a stage present that is not reviled by many other local performers, both male and female in that respect.

But the wheels started falling off in 2016, following the release of the her debut album, “Queen of Gqom, Vol. 1.” The singer’s personal life started infiltrating her public persona. Soon the fact that man she was dating was on every song on the debut album, put into question if she was part of a duo or a solo artist. Then after the wheels fell off, everything else fell by the wayside with abuse allegations, drugs abuse allegations, and alleged mean girl tactics. Basically, in three years, Babes had gone from celebrated superstar to a shining star that many had feared had faded to soon.

But there is nothing that South Africans love than a comeback, and Babes Wodumo has definitely given us that. Of course that is not to say that every now and then, a bout with scandal is always recommended. But notwithstanding Babes has made sure that in 2020, we realize that she has figured out how to balance industry pressure and still being a 20-something year old that still is living her best life.

Recently Babes finally received her platinum plaque for the aforementioned debut album. When she first shared the new she merely thanked everyone for their contribution to the feat. However, with a few days part, the star returned to Instagram and reflected on her past. What Babes calls her “wild” days, which thinking back on to call them “wild” is fitting.

But the rest of the post showcases that she is ready to grow up and face matters more maturely. She wrote that, “You don’t have to make the mistakes I made. The future’s in your hands now. And the world really is yours.”

10 signs he wants to marry you