Model and influencer Brown Mbombo is undoubtedly one of the most desirable women in Mzansi and she continues to win the hearts of many social media users.

While Mzansi is recovering from Unathi’s viral video where she showed off her sizzling summer body, Brown has shared snaps that have set the internet ablaze.

Her hot body left men drooling on social media. As seen in her snaps, she is wearing a denim bum short and she is turning up the heat, and it seems she won’t be backing down anytime soon. 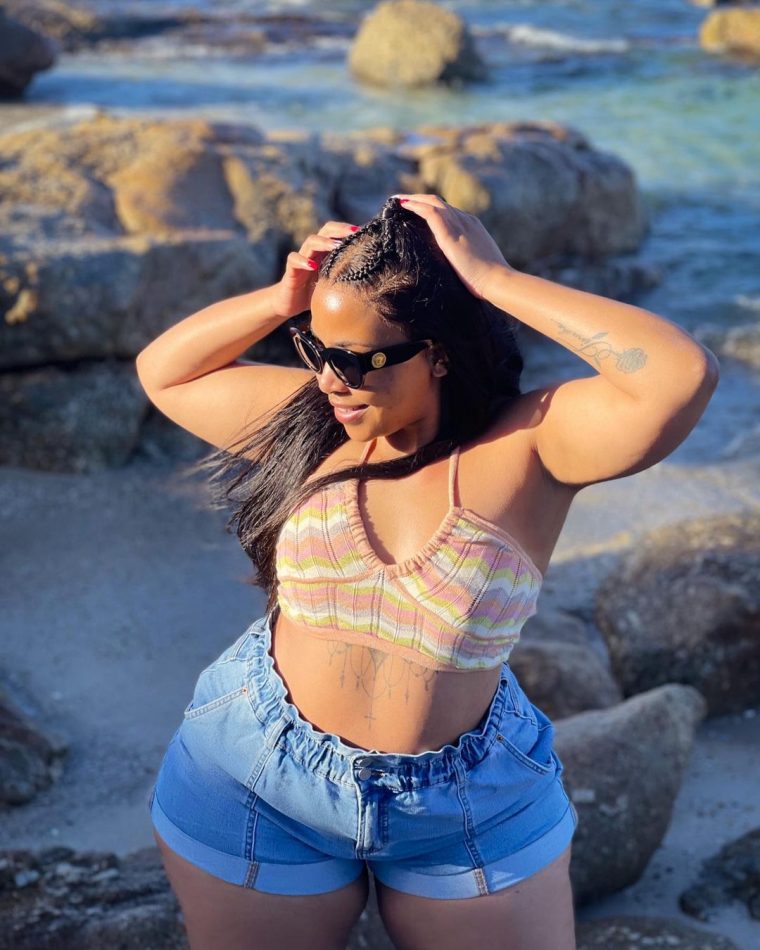 It’s great to see Brown is unapologetically embracing her figure and not apologizing for it. Historically, plus-sized women were discouraged from celebrating themselves because attention was given to slim-figured women. 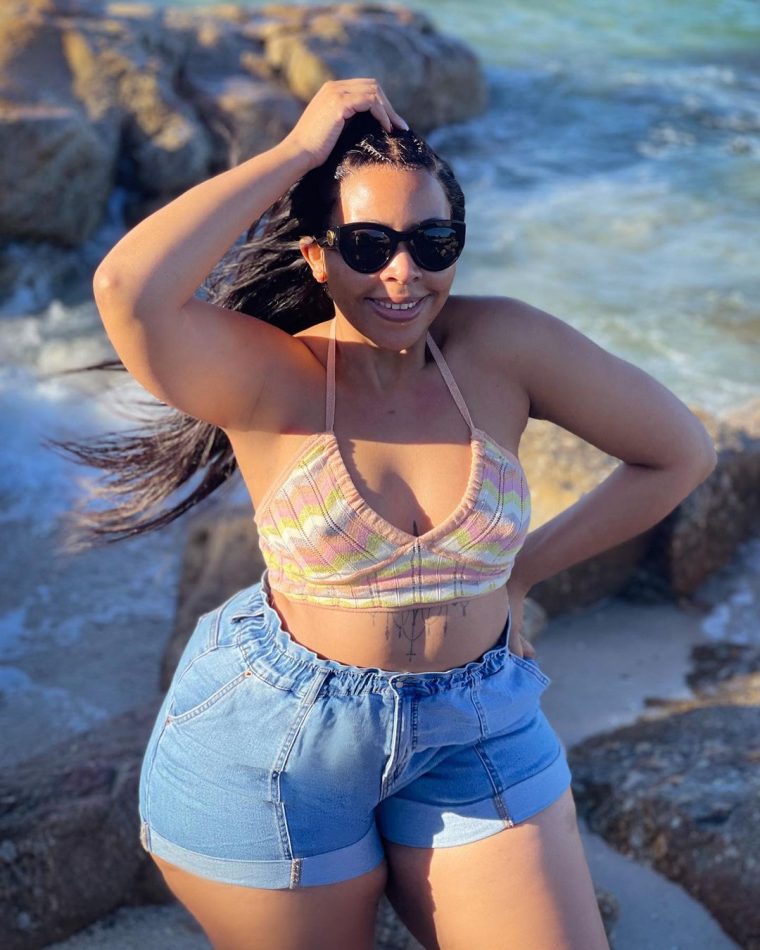 Another celeb who recently left social media users talking is Unathi Nkayi. This is after she posted a video of her and her squad busting moves to Nkao Tempela. The four ladies who were seen in bikinis flaunting their stunning physiques, are most definitely a sight for sore eyes.

Uanthi and Sizwe Dlomo’s drama rocked 2021.This follows after Unathi fired from Kaya FM with immediate effect following her altercation with Sizwe Dhlomo. In an audio leak on social media, Unathi was heard arguing with Sizwe over his late arrival for his show.

FOR YOU :
Ayanda Ncwane hangs out with American artist Chance The Rapper

There were also leaked emails in which Unathi claimed that Sizwe swore at her and was highly aggressive towards her after she told him he was late for his show. On air, Sizwe also said Unathi’s marriage failed because she allowed her children to prepare umphokoqo (a crumbly pap prepared with sour milk).

Unathi Nkayi released a statement on video where she explained her side of the story. She claimed she has been silenced by the station “The only matter I will address because it is very important to me is the theme of GBV that keeps on coming up.”

“This all started when Sizwe made reference to GBV in South Africa in one of his many posts about me, but GBV had nothing to do with the matter. I never alleged at any time that Sizwe committed any act of gender-based violence against me, Sizwe

“For the record, Sizwe and I both submitted in writing allegations against each other. “Some founded and some were found not to be, from both of us. I have handed the matter against Kaya to handle legally

A funeral without a casket