Cassper Nyovest: Reason why he doesn’t want to become the president of South Africa 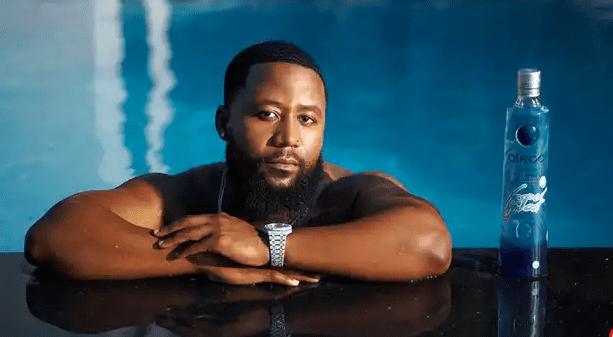 It looks like Cassper Nyovest has no ambition whatsoever to become the president of South Africa.

The rapper expressed no interest in running for a presidential election after a fan endorsed him.

Taking to Twitter, a fan by the name of Draco Isaiah said after President Ramaphosa, he wants Cassper Nyovest to be the next president of South Africa. He wrote;

Responding to Draco Isaiah’s tweet, Cassper Nyovest clearly stated that he does not want to become the President of South Africa.

Cassper left tweeps in stitches when he revealed the reason why he doesn’t want to become the President of South Africa.He said he doesn’t want to be mocked or endure having to be given nicknames like Rra Nko everyday or people putting clown filters on his face when he is giving a speech

In other news, Cassper Nyovest recently went on to social media to showcase his R1.5 million chain. He captioned on his recent video that the chain costs 70 000 pounds and when you convert that to Rands, it sure is a lot of money.

But when you have a lot of money, what is 1. 5 million? He could easily replace that money just by doing a few gigs. He said it was an early birthday gift to himself. His fans are amazed at the way this king is just splashing money these days. Are people startled as he recently revealed he will give Slik Talk R100 000 for simply fighting with him and now the chain? Our problems are not the same, and money isn’t one of Cassper’s problems.

This chain costs more than most houses in South Africa. Cassper Nyovest is living large. It doesn’t come as a surprise as he has had a lovely year in his music career. He is such a versatile artist, and because of that, his shift to amapiano has been very fulfilling as his amapiano songs are doing well. One which is doing well, in particular, is Siyathandana, this is his song, and he featured Boohle and Abidoza. The song is currently sitting on 11 million views on YouTube, showing how well he is doing for himself.