Chris Rock is seeking $3 million to speak about Will Smith’s slap and to reveal Jada Pinkett-secrets.

Chris Rock isn’t going to talk about Will Smith slapping him at the Oscars on television for nothing. He wants to be paid huge before appearing on television to speak about it but how much does he want?

According to Marca, Chris Rock will accept to sit and talk about the Oscars slap for $3 million. Oprah Winfrey is one famous television personality willing to pay that money for a Chris Rock interview.

Many people are curious as to when the comedian will reveal how he felt at the time. But there is a cost to everything. And Rock has stated that he will not tell about what happened unless he is paid millions of dollars.

The presenter of the Hollywood Academy Awards gala would be paid $3 million to sit on a TV set and explain what had transpired.

In truth, there would already be celebrities willing to pay those sums to listen to Chris Rock. Oprah Winfrey, the well-known host, is one of them.

For the time being, the comedian is on a roll with his Ego Death tour across the United States. In the last several weeks, his performances have already brought him a substantial sum of money.

Meanwhile, Will Smith went to India in search of strengthening his spirituality after that slap that has brought him a lot of criticism from the public.

Chris Rock is savvy in wanting to make a lot of money off of Will Smith’s Oscar snub. I believe he will accept a million dollars. You always set the bar higher than what you anticipate from others.

He might not want to wait too long because Will Smith is believed to be planning some interviews and wants to get his version of the story out first in order to appear more sympathetic. 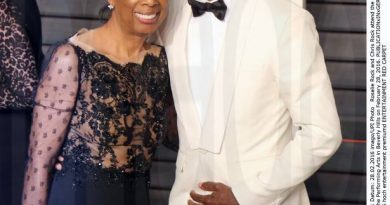 Chris Rock Mother Slams Will Smith: “He Really Slapped Me”

Will Smith breaks his silence: No one will believe I kiIIed my father

Will Smith banned from Oscars for 10 years

Will Smith Addresses Jada Pinkett Smith’s Relationship With 2Pac: ‘I Wanted Jada to Look at Me Like That’ 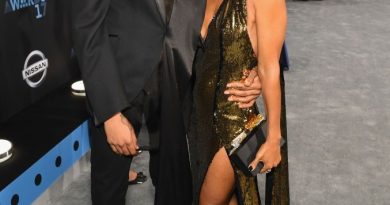 Look what people spotted as this man stretched his legs and playing football in public. Confusing