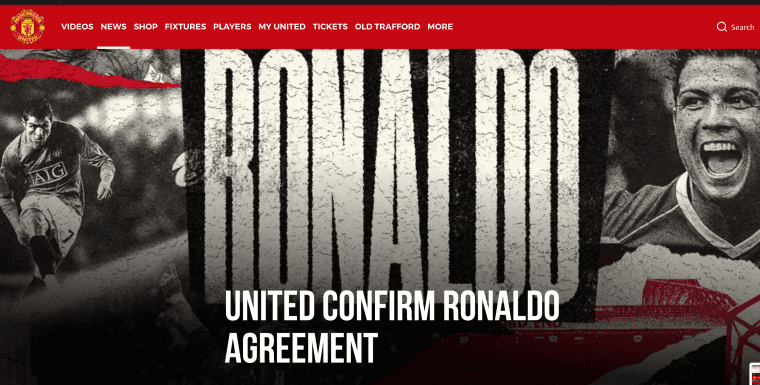 Manchester United is delighted to confirm that the club has reached agreement with Juventus for the transfer of Cristiano Ronaldo, subject to agreement of personal terms, visa and medical.

Cristiano, a five-time Ballon d’Or winner, has so far won over 30 major trophies during his career, including five UEFA Champions League titles, four FIFA Club World Cups, seven league titles in England, Spain and Italy, and the European Championship for his native Portugal.
In his first spell for Manchester United, he scored 118 goals in 292 games.

Everyone at the club looks forward to welcoming Cristiano back to Manchester. 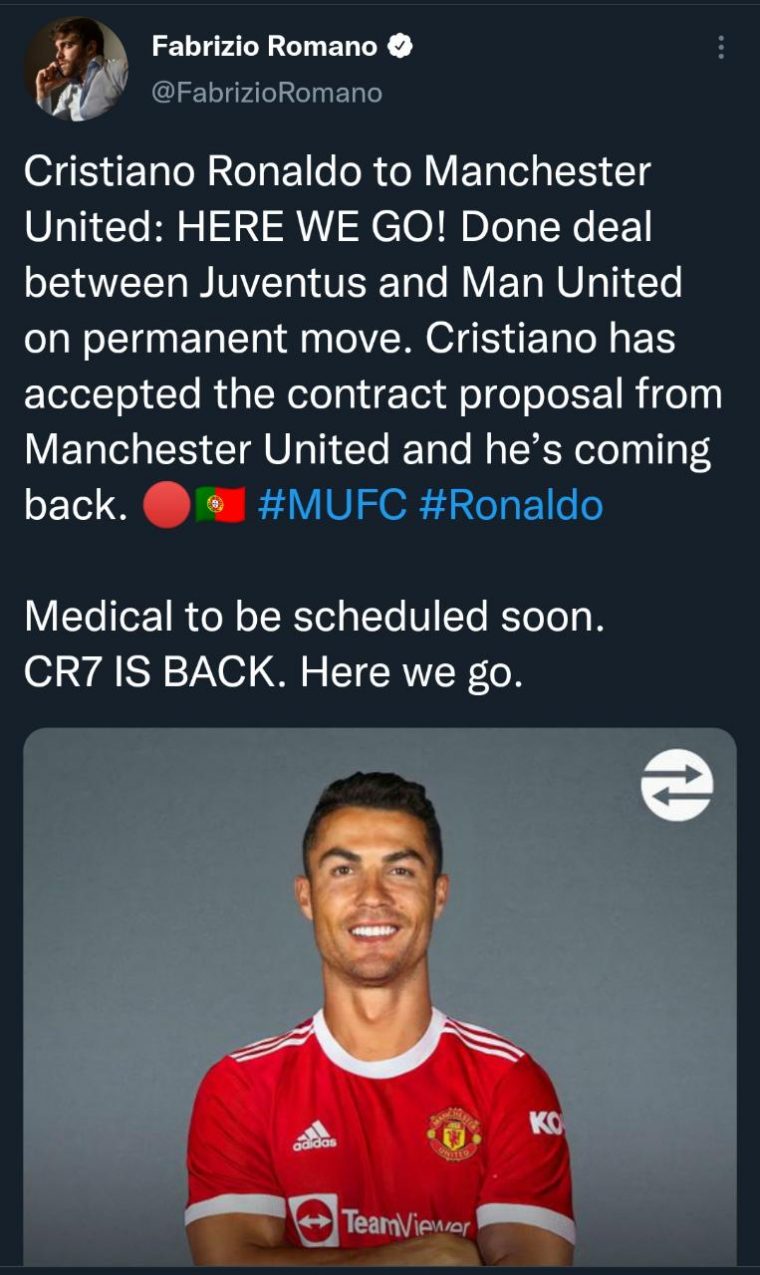 Manchester City are completely out of the negotiations for Cristiano Ronaldo. They also communicated the same to Juventus and Jorge Mendes. 🔵🚫 #MCFC #Ronaldo

There was no agreement on personal terms details and fee for Juventus. Big issues since yesterday.

Ronaldo with Ferguson in October 2018

Manchester United have submitted a contract offer to Cristiano Ronaldo after he spoke to Sir Alex Ferguson about rejoining the club this morning.’

The Manchester Evening News revealed United’s owners, the Glazer family, were prepared to hijack Ronaldo’s protracted move to Manchester City and City have since ended their interest in signing Ronaldo.

Ronaldo informed the Juventus coach Massimiliano Allegri of his intention to leave the club on Thursday and United are working on a sensational homecoming for one of their greatest players.

Ferguson is understood to have reached out to Ronaldo on Friday morning after he seemed certain to join City. As of this morning, City were the only club interested in signing Ronaldo.

City coach Pep Guardiola said earlier: “Cristiano was at Juventus, I think a Juventus player. Only I can say that in three or four days left in the transfer window everything can happen.

“In my personal view there are few players, Ronaldo and Messi included, that they decide where they are going to play. They are the leading role in the negotiations. Right now I’m delighted with the squad we have and we’ll stay the same.

Is Cristiano Ronaldo bound for Manchester?

“There are many things right now that are far, far away.”

The United manager Ole Gunnar Solskjaer refused to rule out a late move for Ronaldo at his press conference on Friday afternoon.

“I didn’t think Cristiano was gonna turn out leaving Juventus,” Solskjaer said. “And it’s been speculation this morning and the last few days.

“We’ve always had good communication. I know Bruno [Fernandes]’s been talking to him as well and he knows what we feel about him. And if he was ever gonna move away from Juventus he knows we’re here.

“We focus on the ones we have there, I don’t want to speculate too much on Cristiano, what’s happening there with the press.

Deontay Wilder to have emergency surgery after Tyson Fury defeat