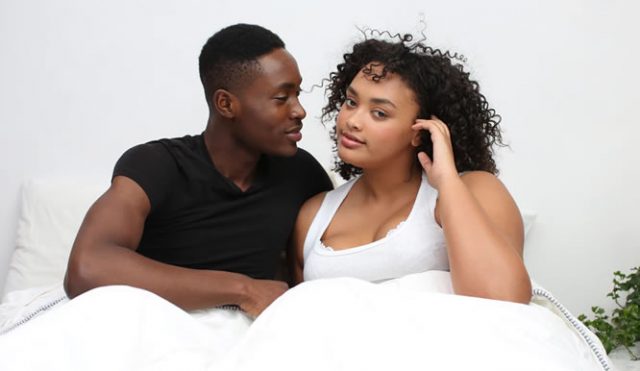 Marriage can actually be saved by lies. Most marriages are built on lies and secrets which if revealed, would detonate concoctions that would give CID, oh sorry!! meant FBI, sleepless nights for a decade. Most people are already fallen out of love with their spouses but just fear that ‘public’ attitude.
Despite honesty and openness, in real life, it is practically impossible for a couple to sustain such a long union by being completely transparent with each other in Marriage however much this is arguably the most intimate of all relationships that human beings have in their life time.

Here are reasons that lead to those ugly truths that many people handle for not to jeopardize and ruin their marriages and end up keeping their mouths shut.

No longer attractive
When a partner becomes fat and physically unattractive after some time, one can feel he/ she is not the person he/ she actually married but will never tell the truth.

Keeping the dirty side of In-laws and friends.
Some issues are better off left unsaid. If you must speak about ‘the other spouse’s in laws’, know how to go about it by lying or else, keep the truth to oneself. In most relationships, when nagged by wives to tell what their mother-in-laws feel or say about them, men simple lie.

Absent spouse
In most long distance or always absent spouse relationships, you will find one spouse having a child out of wedlock. this is real. Since you understand such a situation, Don’t be full of jealousy to reveal such information that can invite unnecessary questions and fortunately a break up.

Witchery family backgrounds
There are families that practice witchcraft and sorcery thus better not to introduce your spouse to such relatives. Those mouth neighbors to your family might let the genie out of the bottle by feeding your spouse with all manner of stories about the hommie.

Revealing actual Education Levels attained
There is a young man out there whose wife doesn’t know she is better educated than him. He speaks fluent English, dresses well and successful in business but believes the wife will never forgive him if he ever revealed that he has been living a lie.

Remember that however much lying at times floats the marriage boat, truthfully, if you weren’t born a lair, telling lies is never a good think if you can’t do it with confidence and consistence.

Unathi to be the ‘star’ of community radio station STAR91.9FM