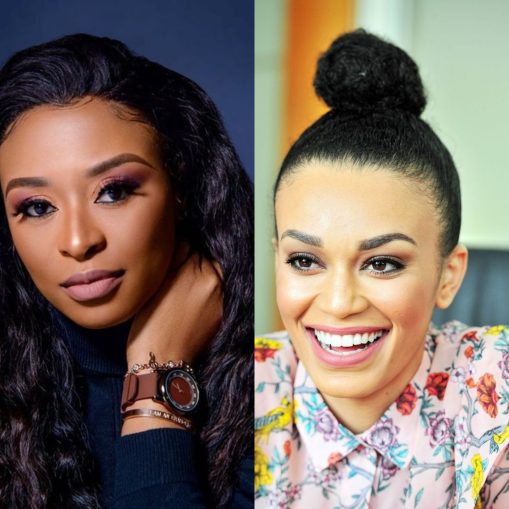 Zinhle and Pearl were previously one of Mzansi’s favorite Celebville pals; they traveled, partied, and wore similar costumes to events together, but they haven’t been seen together in a while.

The two made headlines lately after fans suspected that they were feuding, but it appears to be ancient news now. According to The Tea World, Pearl posted a video of the two of them together on her Instagram account, and they had a friendly interaction.

They were getting ready to go out at the moment, and it appears they had a great time. Pearl looked exquisite in an orange two-piece outfit while Zinhle was busy preparing, and she even joked that Zinhle had imitated her because she, too, was dressed in orange.

Murdah Bongz also shared a photo of the two of them on a video conference.

Pearl refused to dance to Zinhle’s melodies, according to tweeps, because of her “superiority issue.”

Nomusa took to Twitter and wrote, “Also, I think DJ Zinhle wants to be the main character in the friendship hence she’s now closer to Nomuzi who doesn’t seem to have so much going for herself. I’m invested in the gossip”

Elle maShandu wrote “If you remember on that show which Pearl hosted on BET… Pearl literally sucked up to Zinhle. Zinhle even mentioned that Pearl initiated the friendship and asked to be her friend. I don’t think that Zinhle pursues anyone, they run after her like little poodles…Nomuzi even.”

Mrs Nooks wrote “DJ Zinhle is just self centered according to my observations. She’s one of those friends who always wants to be licked. Pearl was always showing affection and love to her, but she was just always bitchy towards the girl, o nale bo snaaks nyana maan.”

Many individuals have admired Zinhle and Pearl’s friendship aspirations. The two have been friends for a few years, and Zinhle addressed rumors that they were secretly dating on Somizi’s hit show Dinner at Somizi’s.

“This is the thing for me and Pearl. We not even trying to entertain it because even if we were, so what? But we spoke about this, that Pearl and I are in an industry where friendships are a blur.”

“We are in an industry where we have not experienced a sisterhood, so when we found each other — or when she found me — we just couldn’t believe what we have, a friendship that is actually real,” said Zinhle

Pearl added :“It’s like when you know something is so false that you can’t even really pay attention to it,” she said.