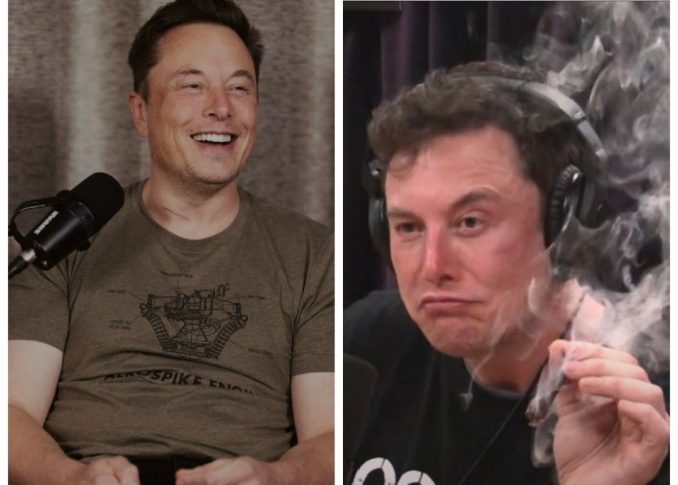 Tesla CEO Elon Musk has revealed the consequences of his 2018 interview with Joe Rogan in which he was filmed smoking marijuana.

On Friday, August 5, during his interview with the Nelk Boys and John Shahidi for the Full Send podcast, Musk disclosed that his second company, SpaceX, was impacted by his actions and that’s why he had to submit to random drug tests.

The South African-born billionaire recalled the backlash he received after smoking weed with Joe Rogan back in 2018, saying

“it was pretty nutty.”“I had to have random drug tests and stuff after that to prove that I’m not a drug addict,” Musk said.

He continued by saying that because SpaceX has a contract with the federal government and marijuana use is still prohibited at the federal level, the company’s rivals considered the action to be “brazen.”

“They drug tested me for everything… randomly. You couldn’t pick a day. It was a whole year of drug tests,” he explained.

Musk also shared that the whole SpaceX company had to undergo the drug tests, not just him.

To clarify the marijuana issue, Musk emphasised that he does not know how to smoke a joint.

When asked if he is in support of psychedelics, he replied “yes”.

“Some of them can be pretty helpful for PTSD (post-traumatic stress disorder), psychological trauma and depression… a lot of the antidepressant drugs turn you into a zombie,” Musk explained.

Hallucinogen, commonly referred to as psychedelic drugs or simply hallucinogens, are a class of chemicals that are typically consumed recreationally to alter and improve sensory perceptions, mental processes, and energy levels as well as to promote spiritual experiences.

On the website of the Alcohol and Drug Foundation, psychedelic substances such as LSD, magic mushrooms, mescaline, and DMT are listed as examples. These substances are typically ingested, smoked, or inhaled.