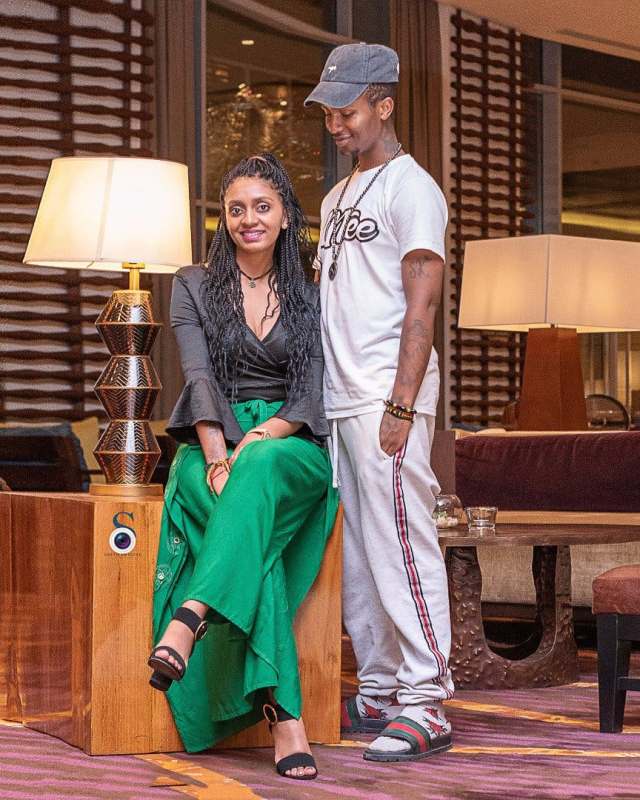 As the saying goes there is always two sides to every story! Emtee‘s fiancé or ex-fiancé rather, has broken her silence after the rapper made startling revelations about her. Nicole Kendall Chinsamy has been marred with abuse allegations which were levelled against her by the father of her children. Her version of events contradict Emtee’s claims.

Nicole broke her silence on Instagram saying she has deep desires of exposing the truth in a bid to seek revenge, however she will stay mindful of their children and their well-being. Her words suggests that there is more to the story and Emtee’s family played a huge role in their tumultuous relationship. Their hindrance and meddling ways put a strain in their relationship.

To jog your memory a bit, in 2019 Emtee’s parents Phathiswa and Lumkile Ndevu accused Nicole of being a gold digger. They accused her for steering Emtee away from his culture by not allowing their two sons Avery and Logan, to be given Xhosa names. It doesn’t end there, Nicole’s mother allegedly attacked Emtee’s mother during Logan’s birthday party last year. They pleaded with Emtee to not marry her.

We are going public about this because we believe that our son is in trouble and he needs help to see the way because he’s lost,” said Emtee’s father. “We are saying this because in March, Emtee and Nicole organised a party for their second-born child. We went there to celebrate with them, but the party nearly degenerated into a physical fight between my wife and Nicole’s mother.

“As we were busy celebrating the party, Nicole’s mother accused my wife of spreading rumours that she [Nicole’s mother] was eating Emtee’s money. There was a big argument and they almost beat each other up. Nicole’s mother told us that we must never set foot in her house, she doesn’t want to see us anymore,” said Emtee’s father.

Nicole had always sworn to never address private matters publicly, but Emtee’s claims prompt a quick statement to defend herself. In her statement, Nicole says, “I have constantly avoided resorting to public platforms to defend myself as this is not the first time my character has been brought into question. In 2018 Mthembeni’s (Emtee) parents, through a newspaper outlet, made baseless accusations against me.

“I have always taken into consideration the adverse effects that public statements could potentially have on Mthombeni’s career hence my reservation.”

Despite the turmoil their relationship has been faced with, she says she still loves Emtee as he will forever remain the father of her children.

Top 10 questions to ask her before engagement