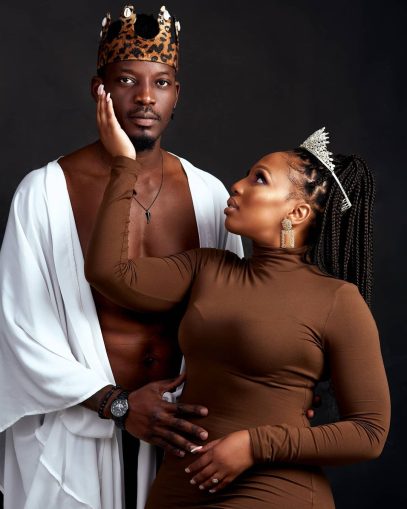 Everything you need to know about Phindile Gwala’s husband Armando Ngandu’s business empire.

When Phindile Gwala departed Imbewu The Seed, she grabbed media attention. The actress left the program in order to concentrate more on the empire she runs with her husband, Armando Ngandu. Mzansi was intrigued by the news and wondered who Phindile’s real hubby was. Here is all the information you require about Armando Ngandu.

He was born in the DR Republic of Congo and is a model, athlete, and businessman. Despite coming from a less wealthy background, he worked hard to earn his current status. He recently relocated his entire family from the Congo to South Africa so they could share in his money. Fortunately, Armando met his wife Phindile there after relocating to South Africa in quest of better professional opportunities.

Armando Ngandu is not only a career success and academic genius; he is also a successful businessman. He is one of the wealthiest models in South Africa and operates a number of enterprises there.

After Fikile gave up her acting profession to join her husband’s business empire, Mzansi became interested in learning more about Armando Ngandu’s company.

In 2019, Armando opened his production company, Ngandu Productions, with an emphasis on creating movies, commercials, and media-related jobs. Johannesburg is where the studio is. Shisa Nyama’s company and Phindile Gwala’s car wash are likewise the brainchild of Armando.

Armando is a chairman of Boss Models South Africa agency. The agency was founded to discover new homegrown talent.

Additionally, he oversees the music career of the internationally acclaimed DJ Arab from the UK. After being named Nickelodeon’s greatest DJ, Dj Arab just commented on Facebook to thank Armando for being his finest manager.

Armando graduated from the Republic of Congo University with a degree in information and technology before relocating to South Africa. Armando began working as a server at a neighborhood restaurant because there were no jobs available in his mother country. Armando opened his restaurant and club using the little bit of experience he had gained.

His business did not succeed as he had hoped, and his brother Jason Ngandu extended an invitation for him to go to South Africa. His brother suggested that he try his hand at acting and modeling. He has become one of the most well-known models in the nation because to his perseverance and hard work, and his career is booming.

Armando’s dedication paid off, and now he and his wife enjoy luxury vacations and million-dollar cars.