I cheated on my boyfriend with a blesser who made me pregnant, Faith Nketsi reveals 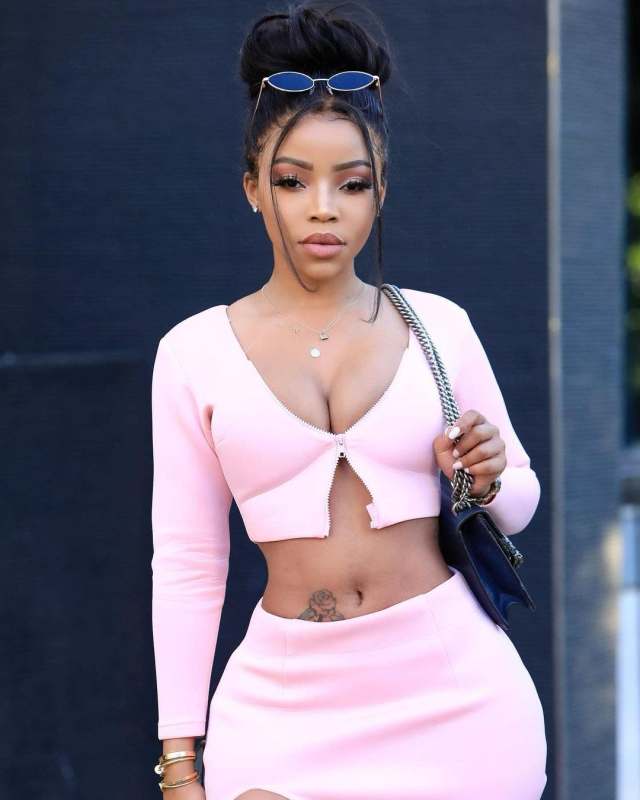 Reality TV Star and social media influencer, Faith Nketsi has revealed that she once cheated on her man, Thami Yabo with a wealthy guy.

Faith Nketsi is currently on season 2 of her reality show, Have Faith, which she features with her friends and cousin aka ‘Pro-Twerkers’.

The media personality said she’s now more transparent and admitted that she held back in season 1 of Have Faith because she was afraid of being judged.

Faith Nketsi admitted that she let the other cast members take the spotlight because she was anxious and was scared of being put under the microscope by viewers.

This time she said she’s back and better than ever, promising to give viewers more entertainment.

Faith Nketsi dropped a bomb by revealing that she cheated on her man, Thami Yabo with another wealthy guy,

She also revealed that she got pregnant as a result and the man dumped her, together with her unborn baby.

Faith had mentioned on her Instagram live in March this year, that she had a very wealthy man who had 12 cars and he bought her expensive gifts, including a rolex, and showered her with gifts, worth 200K.

However, the relationship crashed when she learnt that she was also cheating on her with 3 other girls and he’s the kind of man who is constantly dating multiple women in the entertainment industry at the same time.

Faith Nketsi reveals she later found out that she was pregnant with his child and the man got distant from her once he learnt of the pregnancy.

She revealed that she suffered from a miscarriage as a result of the stress she was under.