Amos Moyo (78) of Thuthukani village, Dete near Hwange was ordered by a court to pay US$20 000 to the Zimbabwe Parks and Wildlife Management Authority (ZimParks) as compensation for killing a leopard that had attacked him in the bush.

Moyo and his nephew Perfect Ndimande (20) were jointly charged with making, possessing or using Class Two traps and another of removing any animal or any part of an animal from any land or from one place to another on the land, when they appeared before Hwange magistrate Mr Rangarirai Gakanje.

Moyo who lives at the edge of Hwange National Park, used an axe handle to kill the leopard that had been caught by a trap he had set in Vulamashava bush. 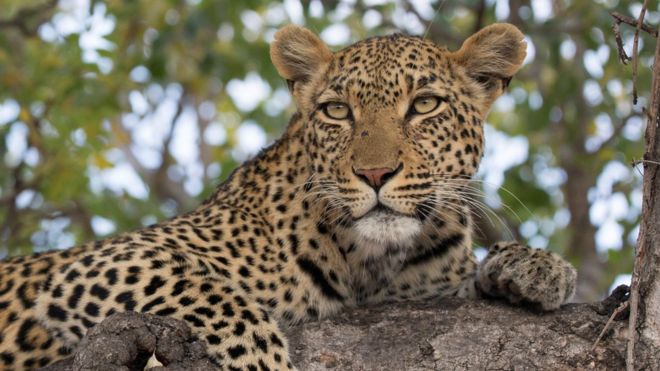 Moyo was attacked by the leopard last Thursday when he went to check the trap. He was left with serious injuries on both arms, head and face.

Moyo used his hands to wrestle the leopard after his axe had fallen down. He later managed to reach for the axe and struck it to death, after almost losing his right eye.

Moyo then asked his nephew to carry the leopard carcass home where they skinned it with the help of Mr Tayi Moyo and Mr Gudu Justice Moyo.

He told the court he had decided to trap the leopard because it had killed his goat.

Moyo was sentenced to a wholly suspended 12 months in prison on conditions he does not commit a similar offence in five years.

He was also ordered to compensate ZimParks of US$20 000 being the value of the leopard.

He was additionally sentenced to a further two months in prison which were suspended on condition he does not commit a similar offence within five years.

99yr old Grandmother Resurrects From The Dead Twice   Mourners at the home of the late Mrs. Ncube at Kwine […]

Revealed : Why South Africans are obsessed with snakes ‘uMamlambo’ and ‘ukuthwala’ for wealth.

Zodwa Wabantu new Bae, brags about Him driving her around – Watch

AKA finally speaks out on Nelli Tembe’s death