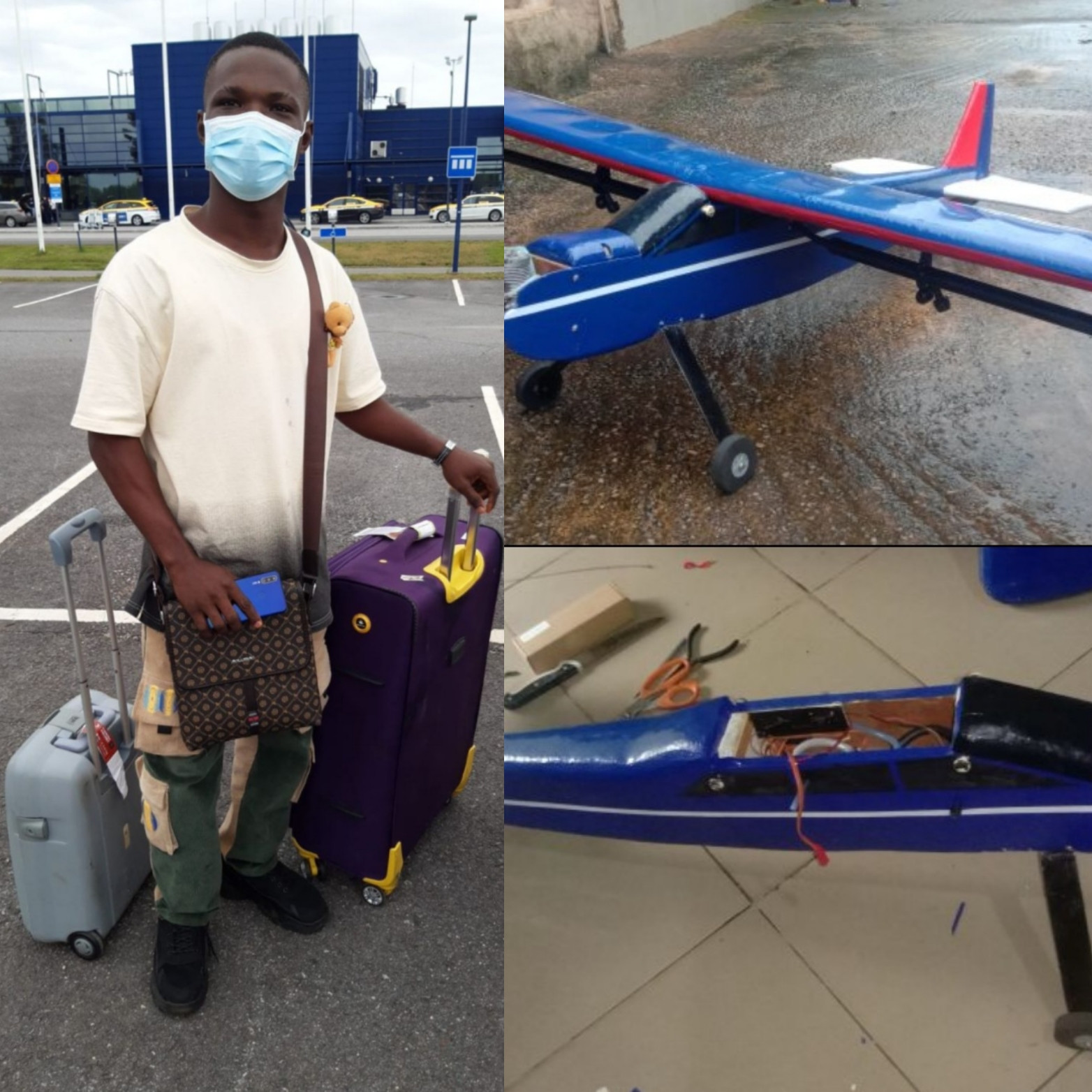 Ignatius , a self-taught Nigerian engineer who builds drones for agriculture, has been flown to Finland and offered immediate employment by a foreign company that saw and appreciated his talent.

A young Nigerian man’s talents have made way for him as a foreign company has not only shown great interest in him but secured his services.

Ignatius, who makes special drones using local materials, was flown to Finland by the company who also employed him.

Breaking the news on Linkedin, the Managing Director of the Finland-based company, Mr. Ari Saartenoja expressed happiness at having Asabor work with his company. 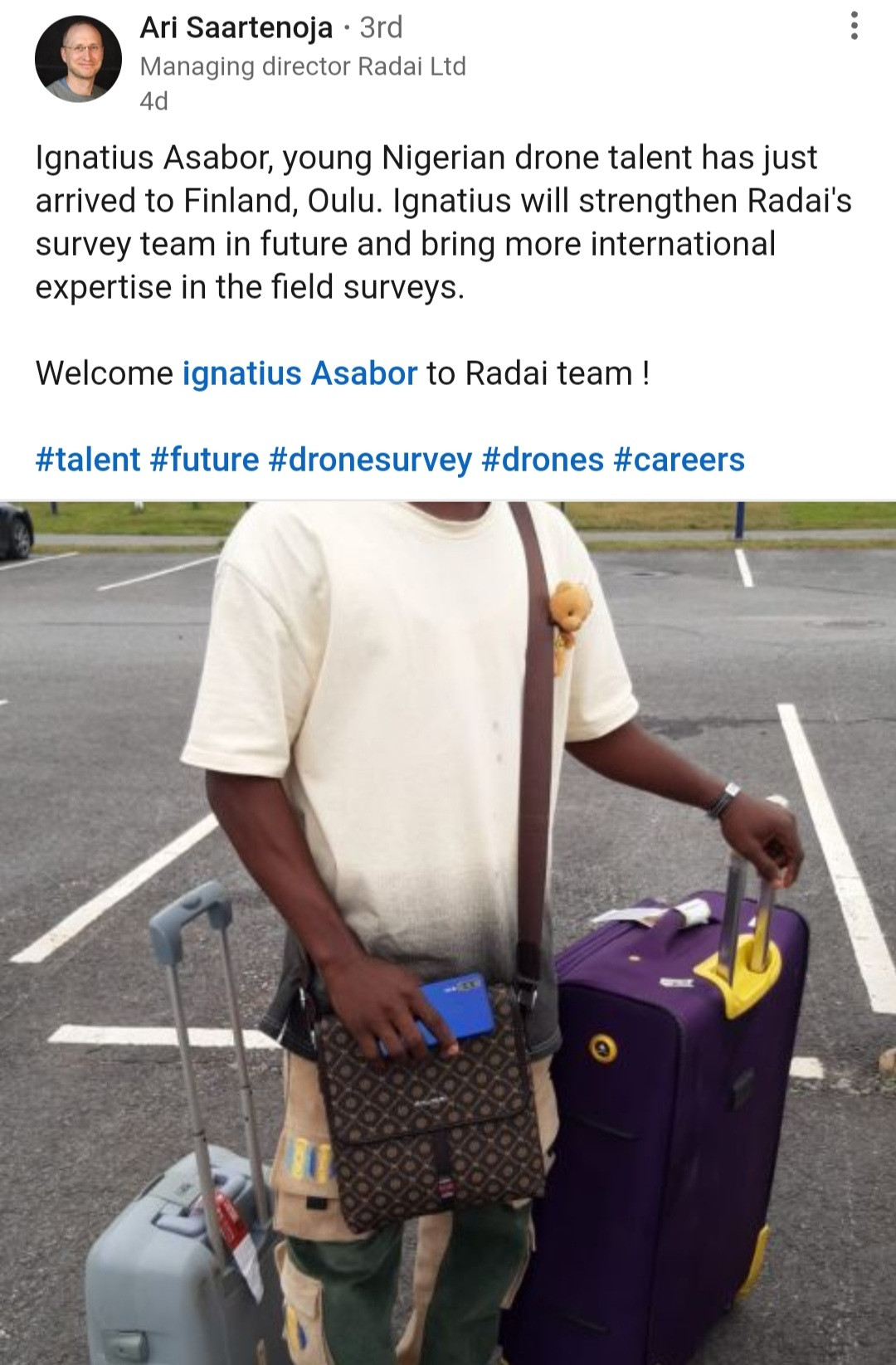 Ignatius also took to LinkedIn to share a photo taken at an airport in Finland upon his arrival and wrote: “Arrived in Oulu city.”

READ ALSO:
Meet the mother of woman who left her husband to marry their pastor 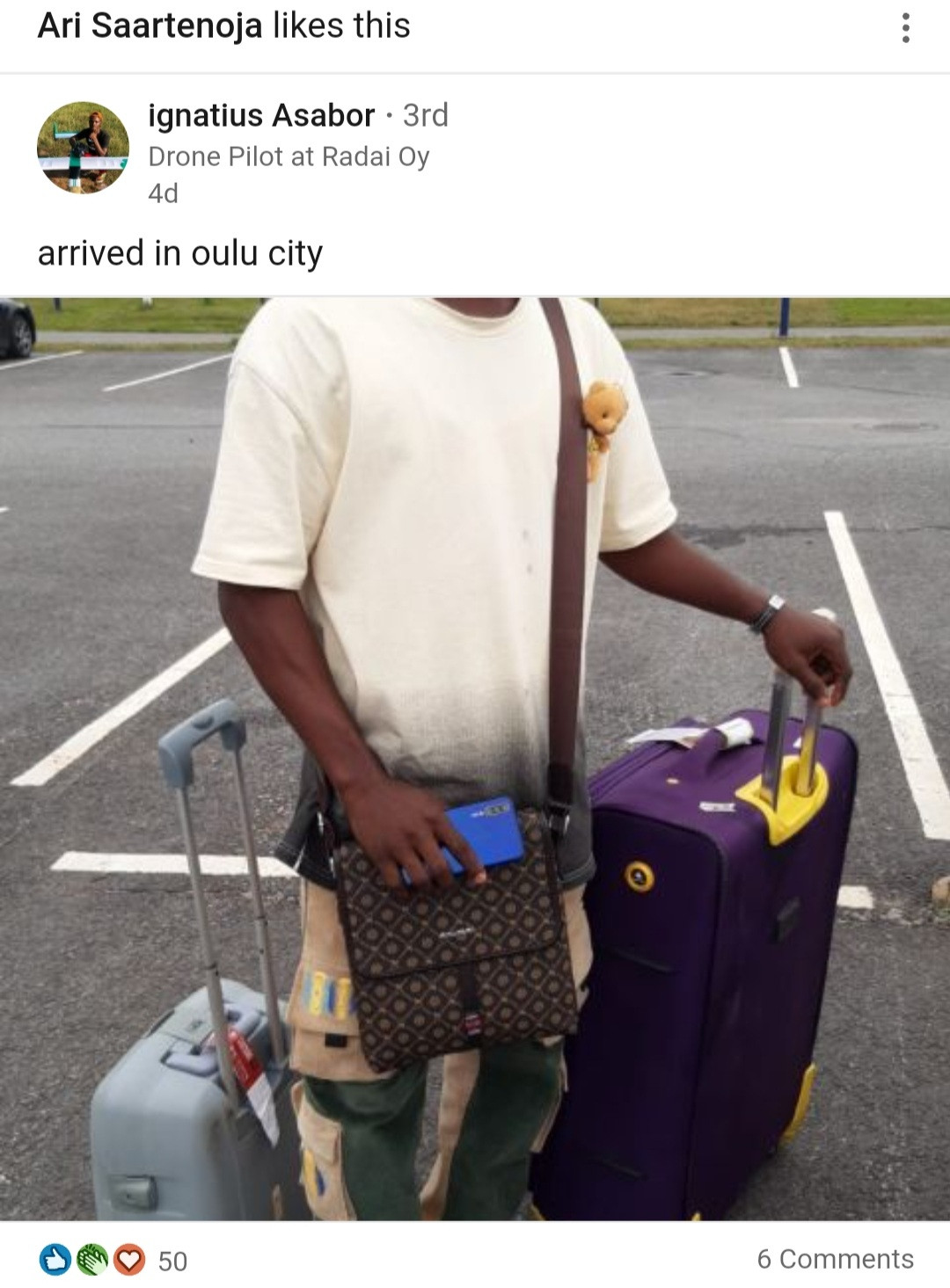 Below are more LinkedIn posts from Ignatius, liked by Ari Saartenoja. 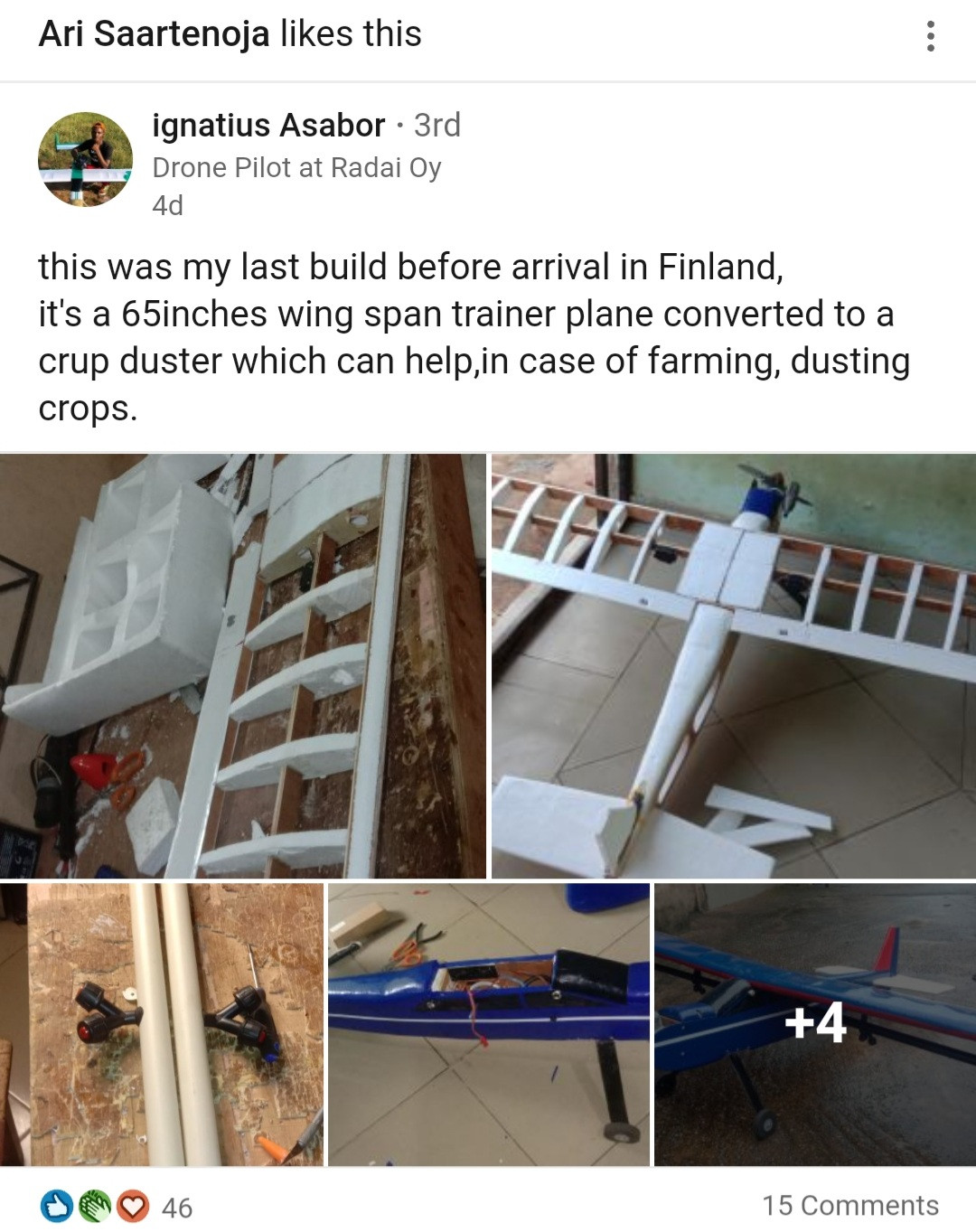 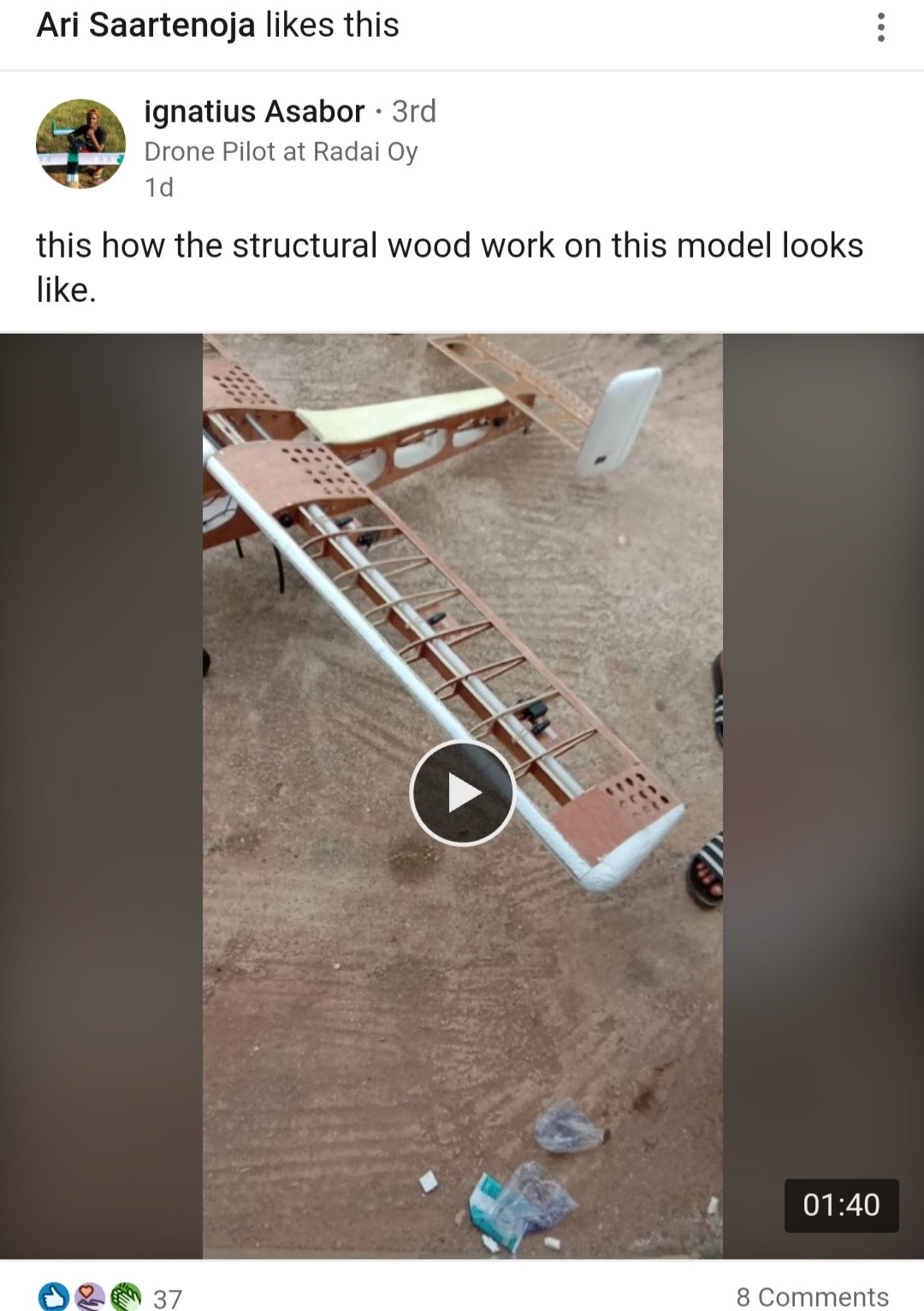 Drama as Max Lichaba vows to destroy Sophie Ndaba: I’m going to leak all your secrets

Tiwa Savage Sex Tape, How It Got Leaked To Social Media

This is why South Africans Should Stop blaming ‘Nigerians For Pr0stitution