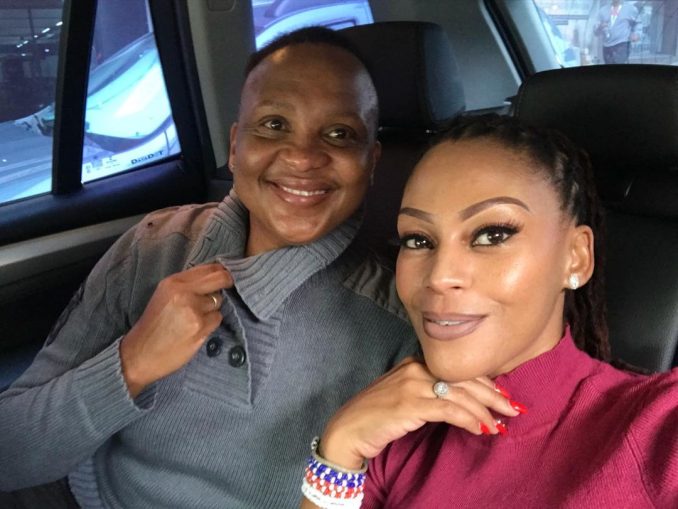 They dated before calling things off in 2019.

Letoya and Lebo claim that Tshepo attacked them on Sunday, June 12, following an altercation at his home.

Lebo claimed that after Tshepo did something that infuriated them, they went to his house.

“That’s when Tshepo attacked us. Three other people in his house came to attack us as well.

“While kicking me, one of them shouted: ‘Hambo landa imbazo’, which Letoya later told me meant, ‘go fetch an axe’,” said Lebo.

Lebo said both she and Letoya were bruised from the beating.

“I had to go to a doctor who gave me a J88 form. I’ll have to go for an operation for a cut I suffered on my mouth. I couldn’t get to the doctor on time, so that caused an issue with my lip.

“Letoya threw herself on top of me to protect me. She also got bruised and also went to the doctor and a J88 was also issued to her,” said Lebo.

Tshepo, according to Letoya, is causing unrest in her home.

“I’m the reason why this is happening. It’s a horrible situation to be in.

“Fact of the matter is I left him, fell in love with Lebo and moved on with my life. He now wants to ruin my relationship. It’s unfair,” she said.

Letoya said they are scared and she feels that the justice system has failed her.

“We are getting killed at the hands of our perpetrators. If this man ever kills me, at least the cops will know where to start.”

Lebo said they have applied for a protection order against Tshepo.

“on 6 June. The suspect is expected to appear before the Joburg Magistrates Court again later this month.”