While Thug was already behind bars, Gunna was putting in work to tie up any loose ends.

The YSL Gang Indictment is one plotline that we didn’t expect to see unfold this year, and although Young Thug and Gunna are among the many members who have been wrapped up in a 56-count case involving RICO charges, among other things, they’re still receiving plenty of love from friends and fans.

During one of the initial press conferences, Fulton County’s DA made it abundantly clear that she and other prosecutors anticipate that “many” of the people involved would likely be facing life sentences. At the same time, it was revealed that Gunna – born Sergio Kitchens – was not in custody, and instead, was making arrangements with the sheriff’s office.

Seeing as his mugshot has surfaced online, we know that the 28-year-old is now in custody, and according to TMZ, he spent his last few hours in the free world checking in with his family and ensuring that his business affairs are in order.

Sources have revealed to the outlet that it was important for Gunna to see his mother and others close to him – “he’s big on family,” they explained. It’s also been noted that the DS4EVER hitmaker was hoping to release the music video for “Banking On Me” in the near future, and wanted to tie up loose ends on that and other projects before taking himself to jail.

Tha Atlanta native’s lawyers have maintained his innocence and are “hammering police for using his lyrics against him” in their indictment. Before surrendering, the rapper reportedly met with his legal team one last time to ensure that they’re all on the same page.

There’s no way that Young Thug, Gunna, and most of YSL gets arrested then Lil Keed dies. Something’s going on bruh YSL is being attacked 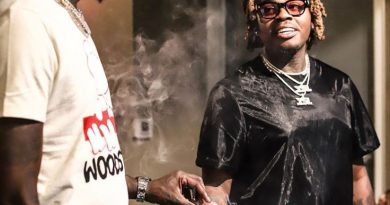 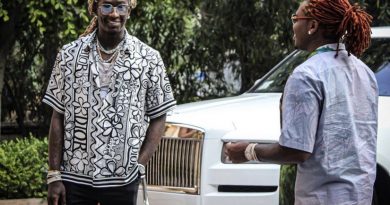