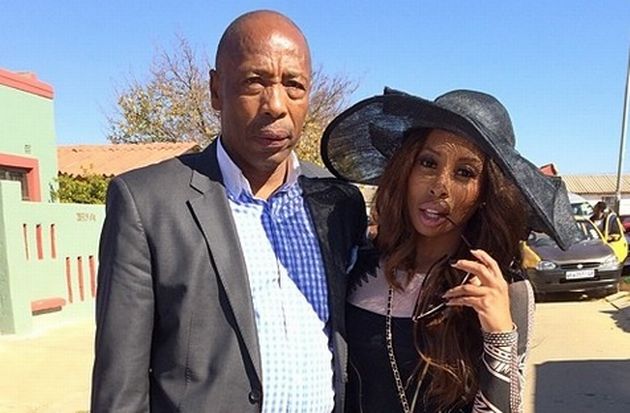 Here’s why Khanyi Mbau and Mandla Mthembu broke up.

Up until Khanyi Mbau revealed that Mandla was violent and used to hit her while she was pregnant, Khanyi Mbau and Mandla were happy in images and their relationship appeared flawless. She admits that for more than 20 years, this experience made her depressed.

Mandla allegedly began a routine of heavy drinking and amassed a sizable debt. Khanyi’s baby daddy also got what he deserved when he lost all of his riches. Khanyi blatantly said that she was dating him for his money. In fact, she admits that she never truly loved Mandla after they split up. 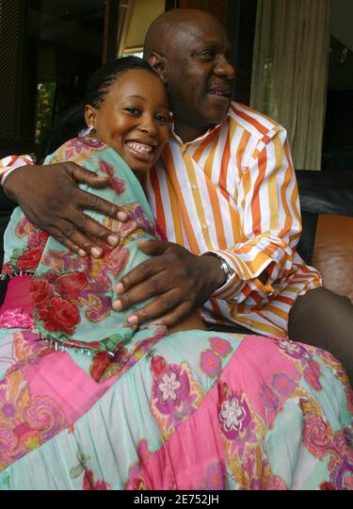 When they first started dating, the businessman was 30 years older than Khanyi. However, Khanyi persisted, and in 2006, they were married in a traditional ceremony.

Masibulele Makepula, also known as Hawk, a three-time world boxing champion, presided over the union. A daughter was born to Khanyi Mbau and Mandla later that year in December. They appeared to be very happy in photos.

Since he became bankrupt, there isn’t much information available on Mandla. Khanyi blatantly said that she was dating him for his money. Who wouldn’t be drawn to a man who could afford to rent a Melrose Arch Penthouse in Rosebank for 6 million rand? cruising in a variety of new Ferraris and Porsches? In fact, she admits that she never truly loved Mandla after they split up.

Dolly exposed Mandla’s financial situation in 2007 when he refused to buy their daughter’s textbook. Mandla’s financial difficulties became apparent in August 2008 after he failed to make the payment on an R4 million Lamborghini he had leased on loan.

He had obtained two identical ones: one for Khanyi and one for himself. In the meantime, the Johannesburg family court had issued an arrest warrant for Mandla for failing to provide his first wife with child support for their two girls. Mandla was away in London, but Khanyi stepped in and gave Dolly R16 000.

His financial difficulties became apparent when he was kicked out of a hotel for failing to pay R300 for lodging. As a result, his homes and cars were sold or repossessed.

Tebogo Lerole is one among the many men Khanyi has dated after they split up, but she still enjoys the spotlight. The media celebrity and Kudzai Terrence Mushonga, a Zimbabwean, are now dating and she has never been this happy. Kudzai treats her like a queen.