Kenyan socialite, Huddah Monroe, has said she does not mind if her man marries a second wife as long as he is wealthy and can take care of them.

The former Big Brother Africa contestant, who stated this via her Instagram story on Sunday, July 31, said she can’t ‘service’ her man for the rest of her life. 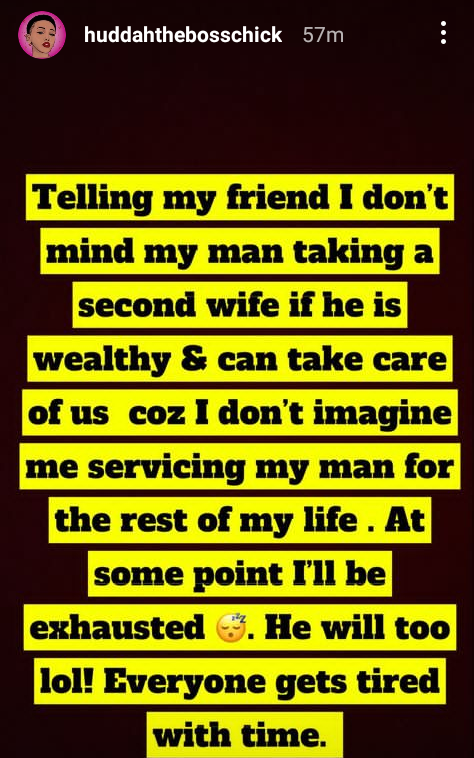 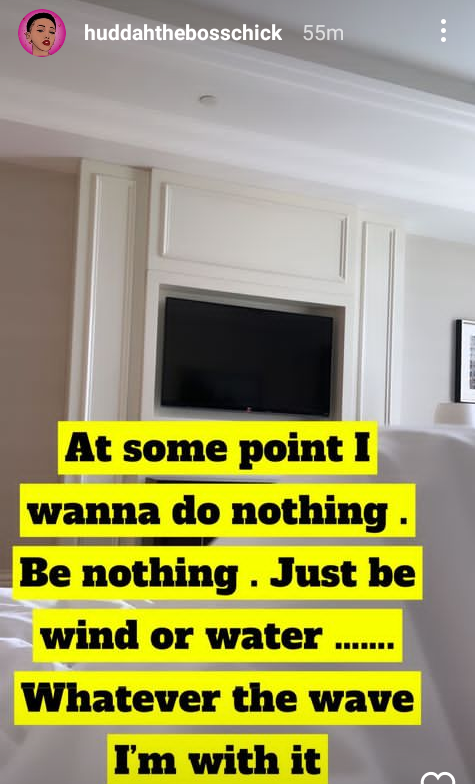 Huddah Monroe is a popular Kenyan socialite and entrepreneur who has made a name for herself with the help of social media.

For those who may not know Huddah Monroe, she was a part of the housemates that participated in the Big Brother Africa reality show. Since the end of the show, Huddah Monroe refused to let her fame from the reality show go to waste as she continued to trend in Kenya and even Nigeria.