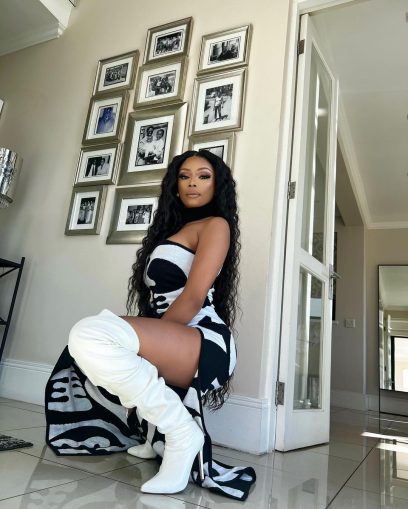 Inside Bonang’s fight for her baby. Without sipping some Bonang tea and catching up on her activities, a year—or rather, a month—cannot pass. The previous month has seen Bonang go through a lot, including her legal dispute with a former business partner and being made fun of both Slik Talk and the public for her appearance.

But Queen B has never been able to stay down; she always manages to overcome challenges. She joined David Beckham in the fight against malaria because it is a subject that is dear to her heart, despite what her detractors may say about her. When it comes to determining who the true owner of BNG is, Bonang promised her fans that she would not give up without a battle.

With that being said, let’s take a look at how eventful this year has been for her already.

Bonang took to Twitter to clarify a report in The Sunday Times that said she might not entirely own House Of BNG because she had supposedly been “muscled out” of the shareholder position. Unfortunately for Davin Phillips, CEO of CSA Global, she had him on her radar when she went out to express her emotions.

Speaking to Drum magazine Bonang said she is still fighting for her baby, “There was and still is a huge legal battle around BNG that is still ongoing. I can’t say too much because the matter is sub judice. But BNG is here, doing well. It is my brand;…”