Last night, club host Inno Morolong held one of a damning gossip galore in the history of Mzansi celebrity canards.

She claims that the South African president once hooked up with her nemesis, Tebogo Thobejane.

Could it be the current sitting president? Many have been grilling.

Their feud is escalating after a violent altercation a few days ago, and their dirty laundry is now being exposed in full view.

Inno and Tebogo’s feud began in 2021, when their friendship deteriorated.

The two socialites have previously been accused of introducing underage girls to sugar daddies at their gatherings.

They had a verbal spat on Instagram Live at one point, during which they shamed each other and vowed to never see each other again.

After a year, it appears like the two best friends-turned-exes are still going strong.

Last night, Inno went live on Instagram with the express purpose of revealing some Tebogo secrets.

She alleged that Tebogo slept with several men without protection at her own house.

She further revealed that she used to pimp men out for Tebogo before the fallout and they would share the money together.

She called her an “evil witch” saying she knows 3 of her sangomas. In a rant that has gone viral Inno accuses of sleeping with multiple men to finance her fancy lifestyle. She further alleges that Tebogo does not use protection when she bonks with these men. She further goes on to say that Tebogo is jealous of Faith Nketsi.

“I don’t sell my body, I sleep good at night… my daughter knows one ex of mine. You call me an old rag but you sleep with 20 guys, in fact, 20 is an understatement. Some of these men you sleep with them without protection and you’re filthy,” she alleges. 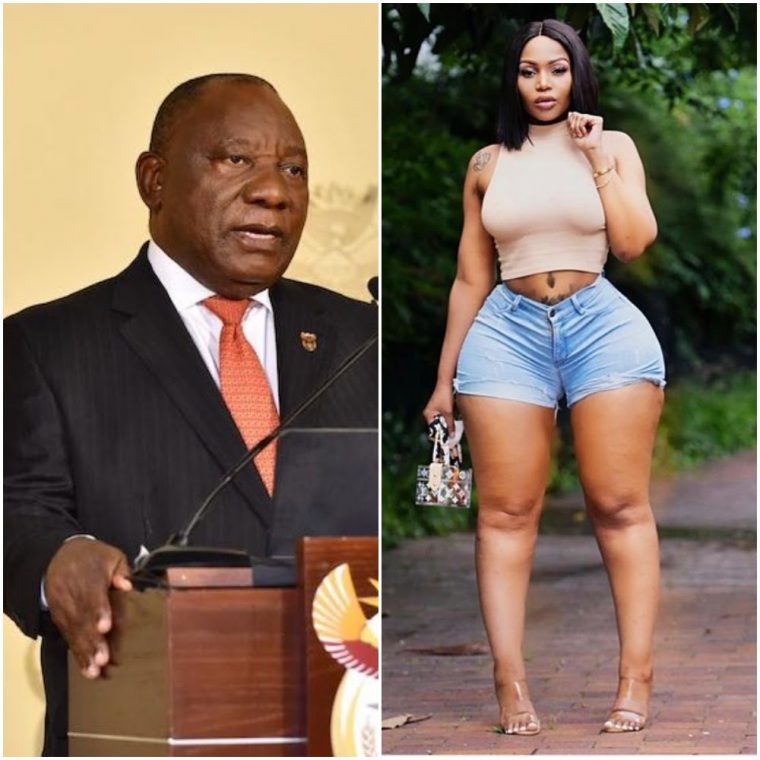 Speaking about sleeping with some notable old men in Mzansi, Inno threatened to reveal how Tebogo had been sleeping with the president.

“What about the president? What about when you had a three sum with your friend and you said she was boring in bed?”

According to Inno, Tebogo should be on I Blew It after she misappropriated a R1 million she got from one of her daddies. She further alleges that Tebogo Thobejane’s house is a ‘poes huis.’

She further accuses her of taking drugs. “You take out your substances in front of my people you’re mad. When I am around your people behave but when you around my people you misbehave. That day I slapped you.

She also said that Tebogo gets paid R1000 on Muvhango and she makes the rest of her money through her connections. Inno further claims that Tebogo Thobejane is an easy girl to sleep with and she’s a ‘how much’ girl.

Inno Morolong says Tebogo Thobejane called her an old rag in front of her boyfriend.

Inno Morolong alleges Tebogo Thobejane sleeps with multiple men without a condom and she is jealous of Faith Nketsi.

She, however, did not reveal if she meant the current president or the previous presidents in South Africa.

Many of her fans have since assumed that she meant the current sitting president Cyril Ramaphosa.

We are just wondering if Inno can ever keep a secret.