Ruger’s left eye is fine, and he is not blind. Given the patch he consistently wears over his left eye in all of his appearances, the quickly growing artist has become involved in controversy over time.

He did well in addressing the issue and elaborating on his motivation for wearing the patch, though. Let’s examine the causes, as well as the responses and reactions of people, in that regard.

Why does Rugervwesr an eye patch

Ruger is a musician from Nigeria who is known as the emcee with the eye patch. Simply said, this has been his go-to appearance. Even though it is the singer’s trademark appearance, many people thought the rapper might be blind or a member of a cult. That is not the case, though.

Michael Adebayo Olayinka, a rapidly developing artist from Nigeria better known by his stage moniker Ruger, is not blind. The musician has been known to cover his left eye since breaking into the music business. He always wears tinted sunglasses that would never show his eyes when he is not wearing an eye patch. This led a lot of people to believe that he is left-eye blind. 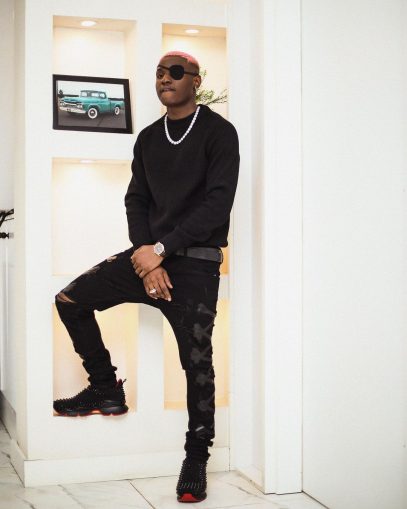 As we already stated, Ruger’s two eyes experienced no change. Some of his followers have complained about him covering one of his eyes, but others think there must be something wrong with the eye he normally covers. However, despite putting a patch over one of his eyes when performing, the musician said in a recent interview with Max FM that he is not blind and has no issues with that eye.

The Dior singer cited the eyepatch as a symbol of respect for a person. He refused to elaborate further when the interviewer pushed him to do so, saying that it would be rude to do so. He did, however, mention that the patch serves as somewhat of a hallmark for his brand.

“I don’t change my eye cover; it’s just the left eye; I don’t have an eye problem; it’s just my signature.”

He claimed that his eye patch was appropriate given his stage name, Ruger, as a sniper often covers one of his eyes whenever he prepares to fire.

The singer explained how he came up with his stage name by saying that in the beginning of his musical career, while attending a music boot camp, he used to hold out his hand as if he wanted to shoot.
This led D’Prince to give him the nickname Ruger, but according to him, he shoots musically rather than practically.
Is Ruger a cultist
Ruger does not follow a cult. The eye patch he habitually wears has also given rise to this query, not for any other reason. One eye being covered is reportedly another distinguishing characteristic of certain cult members. However, as we have already mentioned, Ruger’s eye patch acts as his distinctive appearance.

Ruger Without Eye patch and What His Real Face Looks Like 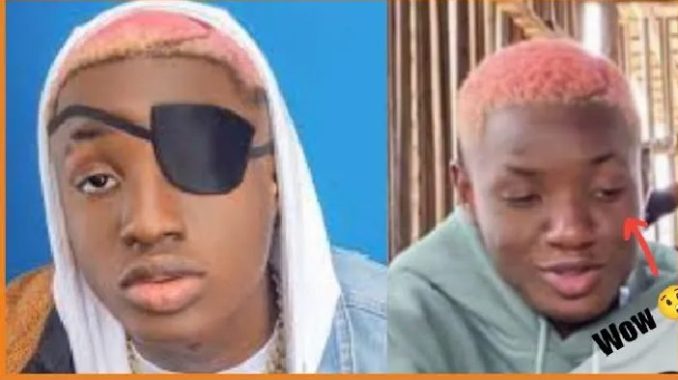 Ruger at last provided proof to the world that he is not blind. We can now see and affirm with certainty that Ruger is not blind and does not have any eye defects thanks to the most recent pictures that have gone viral online. View Ruger’s photos sans the eye patch.