Is this Lady Du’s newest victim?

Lady Du recently surprised the country when she announced that she and her long-term husband Isibaya actor Andile Mxakaza were splitting up. But it also put her in the crosshairs and now all of her moves are questioned as exploitative.

A video of the queen of Amapiano in the studio with DJ Hlo was just uploaded by her. She stated that they were working on a new song together, and we can see from their manner in the studio that they’re both really excited about the idea. Click the link below to watch

But as the video was reshared on Twitter, it was not met with the same excitement. There were those who objectively (we hope) thought that the song was terrible. They thought both Lady Du and DJ Hlo could have done much better than that.

However others went more extreme and accused Lady Du of trying to do the same thing to DJ Hlo that she did to Andile. Remember at the time of the announcement fans thought that the singer used Andile for his money while he was a famous actor. But as soon as his career fell off because Isibaya ended she no longer saw his value to her, which is why she left him.

Dj Hlo won Ukhozi FM’s Song of The Year award in 2021, much to Mzansi’s dismay. Many thought they had never heard of her before, and there were much more deserving songs on the list of nominees. She was accused of having either bribed those at the radio station, or having connections to politicians who influenced the win.

Now as Lady Du has sought her out for a collab, tweeps are convinced that the DJ’s blossoming career is the reason behind it. They think Lady Du has spotted a fresh face that she can exploit, and she intends to latch on to Dj Hlo then leave as soon as the DJ gets the song to win an award.

Lady Du recently went on a long run to list her accomplishments on Instagram. She clapped back at those who suggested that she used other people’s money to get rich, and said she had been working hard since she was a teenager. She had her first car at 16, and has had many more since all through her sweat, blood and tears.

The post was probably in response to all those rumours about Andile, but it looks like exploitation is a running accusation for Lady Du in the eyes of Mzansi. But she is clearly not fazed, and intends to keep chasing the bag at full speed. We have to say, we love to see it. 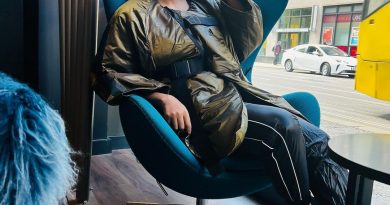 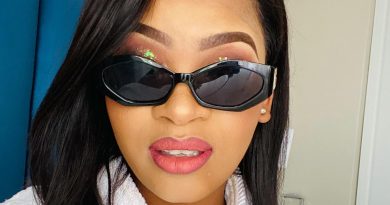