‘It’s not my fault I’m white’: Ex-Formula 1 boss, Bernie Ecclestone defends his controversial comment that ‘a lot of black people are more racist than white people’ 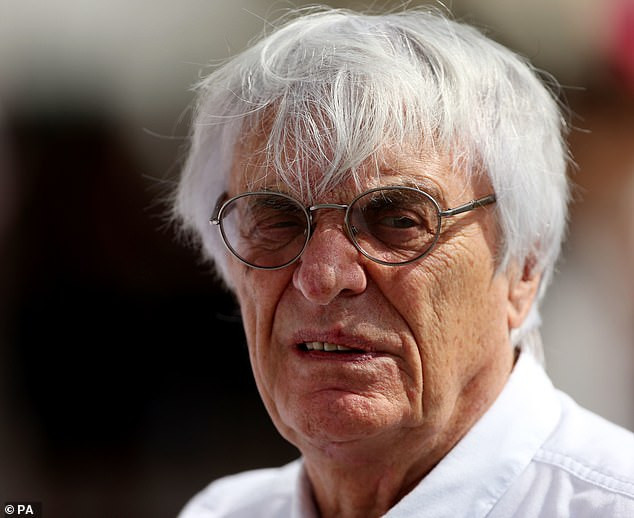 Former Formula 1 boss, Bernie Ecclestone has defended his controversial comment that ‘a lot of black people are more racist than white people’ after he was slammed by his successor Chase Carey and six-time world champion, Lewis Hamilton.

The British billionaire, 89, was reacting to recent Black Lives Matter protests in the wake of the death of George Floyd in the US, when he made the controversial comment.

He told CNN last week: ‘In lots of cases black people are more racist than what white people are.

‘[It’s just] things over the years that I’ve noticed, and there’s no need for it. I’m against injustice for anyone, whatever colour they are. It’s important to do something about that for a start.’

Formula 1 driver, Lewis Hamilton, 35, who has been vocal throughout the Black Lives Matter movement hit back at him, saying: ‘Bernie is out of the sport and a different generation but this is exactly what is wrong – ignorant and uneducated comments which show us how far we as a society need to go before real equality can happen. 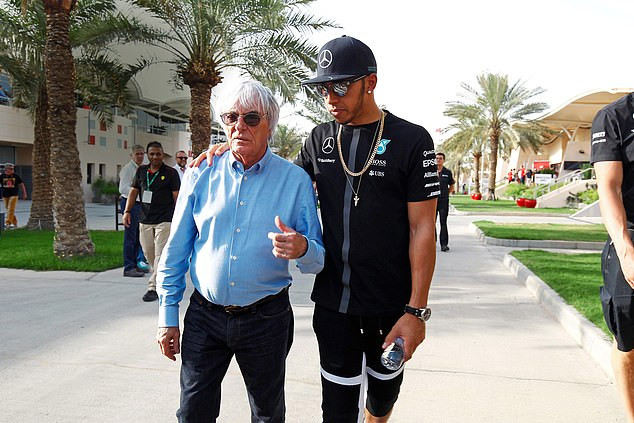 ‘It makes complete sense to me now that nothing was said or done to make our sport more diverse or to address the racial abuse I received throughout my career.

‘If someone who has run the sport for decades has such a lack of understanding of the deep routed issues we as black people deal with every day, how can we expect all the people who work under him to understand. It starts at the top.

READ ALSO:  A restaurant denied service to a Black boy for his clothes, but video shows a White boy, dressed similarly, was allowed

F1 chief executive Carey also signed off a statement on Friday, saying his predecessor’s comment has ‘no place in F1 or society’. 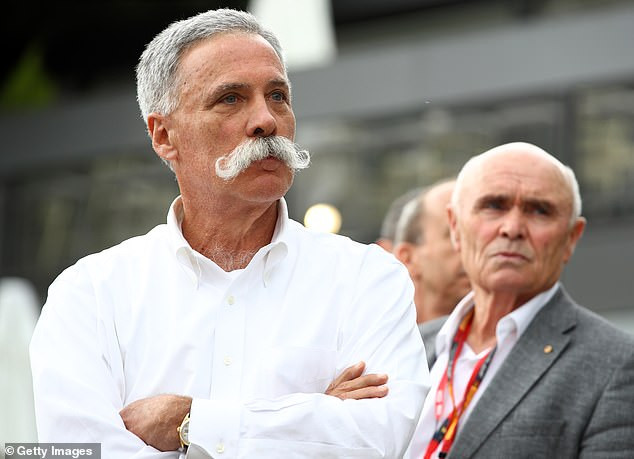 It added: ‘We completely disagree with him. Mr Ecclestone has played no role in F1 since he left our organisation in 2017. His title of chairman emeritus, which was honorific, expired in June 2020.’

In an interview with The Mail on Sunday, Ecclestone launched a defense of his controversial comment and vowed not to be sidelined from F1 or prevented from going to Grands Prix.

‘Ban me from races?’ said Ecclestone, who remains in close contact with a number of race promoters and teams. ‘I wouldn’t advise them to do that. They might want to try it in Russia [a reference to his close friendship with President Putin]. I think I could probably find a pass.

When Chase asked me to step down, he made a big thing about how important the title he was giving me was. People in America would kill for it, he told me.

‘It didn’t matter to me. I’m not bothered about titles. I turned down something bigger in Britain. I was made a doctor by an English university (Imperial College London) 20 years ago. I don’t go around calling myself Dr Ecclestone.

‘I’m glad he said I have no involvement in Formula One, so I can’t be credited with all the things they’ve not done. They have jumped on this racism thing suddenly because of events in America. Now Chase has put in all of $1million — enough to get a mechanic into go-karting. Maybe he should concentrate on doing what the shareholders want. Covid was good for him. He could blame everything he hasn’t achieved on that.’

On the racism issue, Ecclestone said: ‘I am not anti black people. Quite the opposite. I have always been very much in favour. In fact, Lewis’s dad wanted to go into business with me. He made some nice rowing machines. I would never even have considered it if I had been anti-black. If the project had been right, I would have done it.

1 2
(Visited 1 times, 1 visits today)
About Afromambo 1775 Articles
Passionate Blogger and writer ! We deliver information that matters to you.More that Just news! Send us any Stories via info@afromambo.com