Kim Kardashian has said that estranged husband Kanye West intended on quitting music to be the reality star’s stylist, before she began dating Pete Davidson.

The Keeping Up With The Kardashians star, 41, began dating the Saturday Night Live comedian, 28, late last year and soon became embroiled in a bitter public spat with her estranged husband, 44.

The powerhouse rapper has taken aim at the mum of his four kids and her new beau on social media, going as far as claiming he felt Kim would become addicted to drugs if she was in Pete’s company.

During a lunch with sisters Khloe and Kourtney Kardashian, Kim shares that Kanye told how he wanted to “quit everything” and “dedicate his life” to being the beauty mogul’s stylist.

Khloe, 37, looked taken aback, suggesting: “I think he should maybe still do a little music, a little Adidas designing and then he can do that on the side.”

Speaking to the cameras, Kim explained that she and Kanye “remain friends” despite their divorce.

She continued: “He’s always dressed me, he’s always styled me. In the early 2000s he would literally just send me random emails with all these looks and what my style should be.”

Kim said Kanye would email her tips such as, “Only wear crop tops and pencil skirts” or “It’s all about a boot with a skirt” alongside reference pictures.

The Skims founder concluded: “That’s always been our thing, but there’s also a side of me that wants total independence too.”

Kim and Kanye broke news of their separation in January last year, filing for divorce a month later.

Meanwhile, Kanye has now vowed to seek help after causing distress to his ex-wife following months of public outbursts against the reality star and her new boyfriend.

Ye, who has struggled with bipolar disorder, is said to have vowed to “go away and get better” and has reportedly pulled out from headlining Coachella later this month. 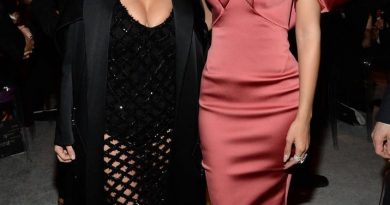 Kim Kardashian And Rihanna Make A Debut On The Hurun List 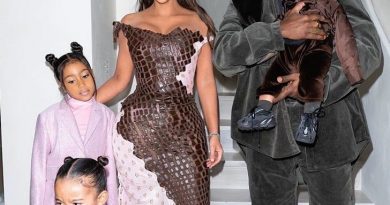 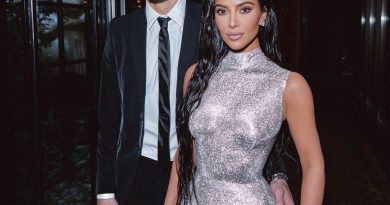 Emtee allegedly beaten up by his girlfriend