Kelly Khumalo is pregnant with baby of another football star.

Singer Kelly Khumalo is said to be expecting her third kid — and is already in her second trimester – with her footballer lover.

Kelly Khumalo, a singer-songwriter, is reportedly expecting her third child, according to sources close to her. Zimoja reports that Mthokozisi Vincent Yende, a former player for Kaizer Chiefs and the singer’s lover of three years, is the baby’s current father.

Kelly had two children: her first with the late Bafana Bafana captain Senzo Meyiwa and her second with Uyajola 9/9 broadcaster Jub Jub.

According to a 36-year-old star’s unnamed friend, their friendship has suffered as a result of Kelly’s recent tendency to be especially grumpy.

“She has been dating her footballer for some time now. But I don’t know If they are still seeing each other because we have not spoken for a long because she has been quite moody. Our friendship has been on and off but I know we will be okay soon. Well, as soon as she delivers birth, I know things will be okay,” the buddy remarked.

Kelly has started her second trimester, according to another acquaintance who also confirmed this to the media.

“She’s approaching five months now. She doesn’t want to give us the specific dates. But Kelly adores kids. She looks good and she’s pleased to be with a man that loves her,” she stated.

Kelly is not pregnant, according to Boniswa Meslane, manager of The Mother of Two. But she insisted that she would find out whether the singer was expecting.

“I haven’t been working directly with Kelly for some time, so I wouldn’t know. I don’t think she’s pregnant… I can surely find out though. I also see nothing in the photographs she posted. Her tummy appears normal,” Meslane added.

Kelly Khumalo’s fans are happy with a recent photo of her showing what appears to be a growing baby belly and believe she is expecting a third child.

Kelly Khumalo, a singer and reality television star, recently shared a selfie that appeared to show a burgeoning baby tummy, sending her Instagram followers into a frenzy.

Her fans started speculating about her pregnancy after seeing the photo, which was taken during a recent concert in Bergville, KwaZulu-Natal.

She is shown in the image donning a white bodysuit by Tsotetsi KL and a gold chain neckpiece, neither of which do much to hide the apparent bump. She completed the look with a floor-length white coat, metallic gold boots, and a gold hat.

Fans flooded Kelly Khumalo’s photo’s comments section with premature congratulations and intrusive questions about the identity of the father.

Most of the comments speculating that the singer might have a third child received a sizable number of likes from other Instagram users who had the same thoughts.

It has been assumed by many that the singer’s appearance in the photo above may be more than simply an ugly angle because she has previously been known for her tight frame and flat stomach.

Her midsection has been hidden in pictures for the previous few months, fueling rumors that she is expecting.

She last displayed her body in front of others in October, just before a workout. 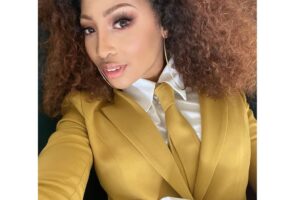 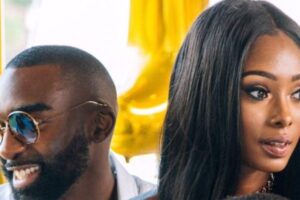 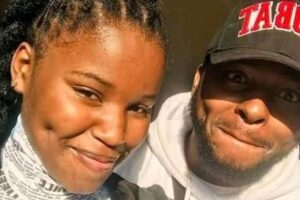 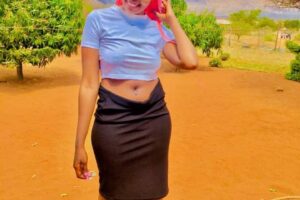