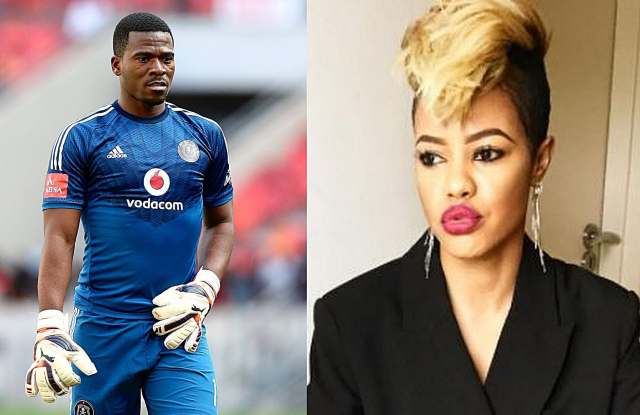 The court heard for the first time that it was not only Senzo Meyiwa who was shot on the day he was murdered but Kelly Khumalo’s sister Zandile.

Zandi Khumalo was shot in the ankle just before another shot was taken at former Orlando Pirates goalkeeper Senzo Meyiwa.

At least two shots were fired in the incident that has taken over six years to have suspects arrested.

In the charge sheet submitted in court today, the National Prosecuting Authority (NPA) charged the five suspects with the attempted murder of Zandi Khumalo on October 26, 2014.

Part of the charge sheet read, ”

“A scuffle ensued between Meyiwa and the person armed with a firearm, who was dreadlocked, had a gold slit on one of the teeth, and was wearing a khaki-coloured jacket.

“A shot was discharged and it ricocheted on the floor and struck Zandile Khumalo in the right ankle.

The charge sheet also included a contact shot taken at Senzo Meyiwa that pierced through his chest and protruded behind his back before going through the door he was standing in front of.

Meyiwa died on the way to the hospital and was pronounced dead on arrival.

Zandi’s gunshot wound has been revealed to the public for the first time, a development that has raised questions.

South Africans are surprised to learn Zandi was also shot the day Senzo Meyiwa was killed, and some on Twitter believe Zandi was shot by her ex-boyfriend Longwe Twala, before he turned to shoot Senzo who had been protecting Zandi.

The Meyiwa family claimed that they were told by Tumelo Madlala through the first phone call that Zandi’s boyfriend (Longwe Twala) shot Senzo.

The family also claims Tumelo’s enabled them to overhear Kelly Khumalo in the background saying ‘what will I tell Senzo’s mother?’

Afriforum, a Non-Governmental Organisation breathed life into the case after the family approached them for assistance.

Age difference between Hungani Ndlovu and his wife revealed