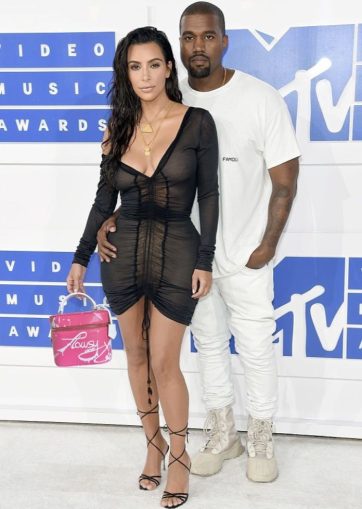 On Tuesday, June 21, Kim Kardashian revealed in an Instagram Story that her ex-husband Kanye West was actually a member of her creative team when she developed her new SKKN brand. The rapper, 45, is credited by Kim, 41, with helping her come up with the name and labeling for the new range of merchandise. She added that Willo Perron, a designer who participated in the line’s development, was introduced to her by her ex.

Kim shouted out Yeezy in her video as she displayed some of the designs, revealing that he played a significant role in coming up with two key elements of the new line’s aesthetic.

“Of course, my creative process wouldn’t have been complete—and I always give credit where credit is due—without Kanye or Ye,” she said. “He brought his team and introduced me to Willo, and we came up with the new name. That was actually his idea, and the packaging shapes were his, and even the font he did, just like SKIMs.”

Kim claimed that the rapper from My Beautiful Dark Twisted Fantasy not only helped come up with the line’s name but also disclosed a hidden meaning in the spelling, in addition to creating the font and packaging.

“The team came up with the name SKKN. I think that was Kanye and Willo and SKKN by Kim, and I just love it,” she said. “When we thought of the name, we thought, ‘Oh, how perfect: the S-K-K-N,’ which is how Ye was spelling it. The K-K for Kim K was really cute.”

Despite Kim and Kanye’s divorce, it appears that the two have recently been getting along. On Father’s Day, she posted a heartfelt Instagram Story in honor of her ex-husband, with whom she had four children.

“Thank you for being the best dad to our babies and loving them the way you do!” she wrote in the cute post.