A 52-year-old taxi boss was shot and killed in the presence of his family in Cornubia, north of Durban on Saturday afternoon.

The man is apparently a prominent taxi owner in the area.

Reaction Unit South Africa (Rusa) were called out to the housing complex in KwaZulu-Natal (KZN) at approximately 16:32.

On arrival, it was established that the man was in a bedroom with his partner and two sons on the upper level of the home.

“Two men entered the residence and shot the taxi boss multiple times in the presence of his family before fleeing the scene,” said Rusa spokesperson Prem Balram.

Several 9mm spent cartridges have been recovered from the crime scene.

The motive for the murder has not been confirmed at this stage. 59 babies born on Christmas Day in KZN by 11am, the youngest mom is 16-years-old 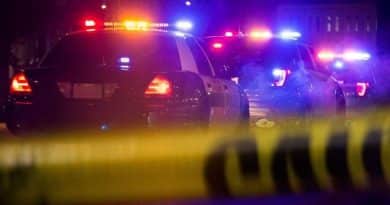 3 pedestrians killed by vehicles in KZN and Free State

Drake breaks Madonna’s record for most US Top 10 hits

According to a hospital employee, Rihanna and ASAP Rocky have welcomed a baby boy.