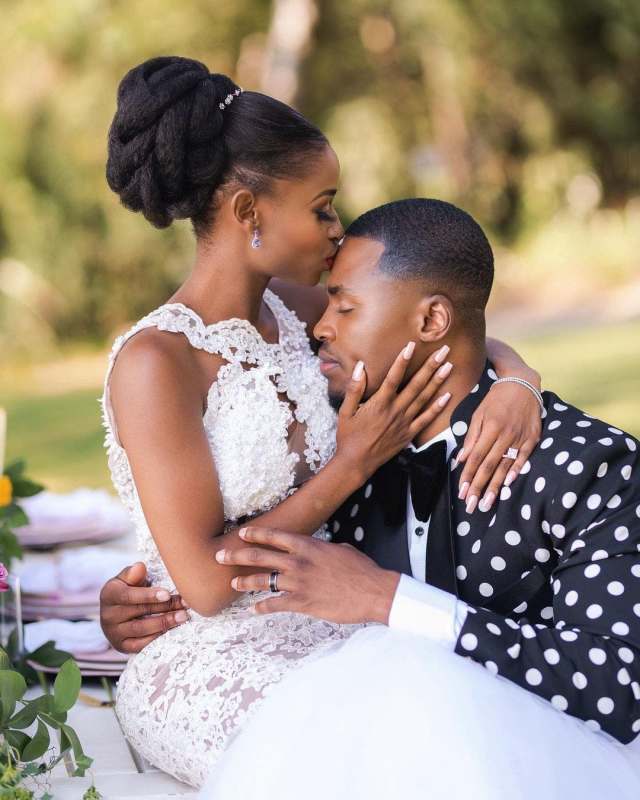 What is really going on? Fans have been left with thousands if not millions, of questions regarding actor Wiseman’s status whether he is gay or straight.

Model and actor Wiseman Zitha, has left social media peeps in a state of confusion and meltdowns with his latest actions.

The hunky Wiseman Zitha, whom most assumed was gay, posted pictures of himself and his ‘wife’ Didintle Mollo in cute wedding pictures.

The actor, who is known on The River as Mondli posted the wedding pictures, captioning them: “LOVE IS BEAUTIFUL”

While a lot of fans rushed to congratulate them, a lot of them were left in a state of confusion with some left in disbelief.

Didintle Mollo also posted the same pictures on her account signaling that there was indeed a wedding, with the cake and all.

Some think it’s a hoax or a photoshoot because for starters the wedding seemed to be guestless.

Well, its the lockdown so wedding guests are kind of not a thing.

FOR YOU :
Long queues for food essentials as bread runs out in Durban.#SayNoToLooting

Some even asked why Mohale and Somizi, who are besties with Wiseman Zitha, were not part of the wedding guests.

The fans think there is no way The River actor, whom they think is gay, can hook up with a woman.

Then there is the mystery of Lasizwe.

Lasizwe even shared a photo with Wiseman, cuddling and laughing in bed, and called him bae.

The two were even spotted kissing in public at one point and went on share pictures together on their Instagram stories.

Well, it looks like neither Wiseman Zitha nor Didintle Mollo are feeling up to giving an explanation to the fans on whether it was a photo shoot or they’re indeed hitched.

Complete List of Winners at the 2021 BET Awards (Photos)

How To recover deleted WhatsApp messages without backup