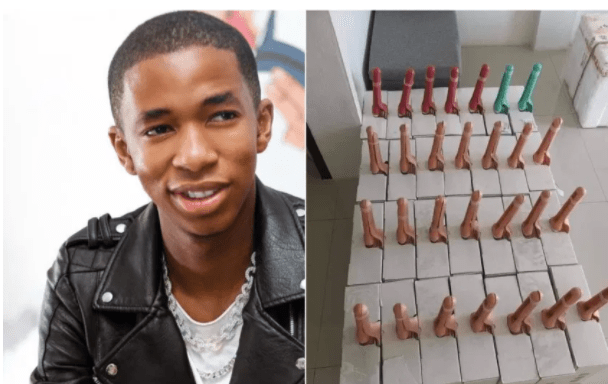 South African social media personality and Youtuber, Lasizwe Dambuza inadvertently caused chaos and left many scratching their heads after he announced his new side hustle on social media.

The popular entertainer took to social media platform Twitter on Monday and asked people to support him in his new business. Lasizwe did not explicitly say what his new business was about in words. Instead, he shared images of boxes and boxes of the stuff that he is now purportedly selling.

Most people, however, seem to have misinterpreted some of the photos. Instead of seeing that the photo showed boxes of pans with their handles sticking out, some people mistaken saw adult toys. After seeing, the third image, a lot of people confessed that their minds are dirty as they had seen adult toys. Many said that they need God while others said they need their brains sanitized for what they had seen.