The DJ is known to be private about her love life and husband, Thami Ndlela, but she took to her Instagram stories to celebrate the special day.

“2 years today with my other half, now that we are understanding what marriage is I can’t wait for us to celebrate with our white wedding. Never ever thought my surname would change on my still looks weird lol. I promise to continue protecting us and what we have because you do the same. Love you and Happy anniversary Bunzee,” she wrote.

Two years ago, friends and family of the two lovers came together to celebrate their traditional wedding in a private event

Kganyago’s husband Thami Ndlela bought her a 5-star boutique hotel, with a spa and restaurant, in Northcliffe, Johannesburg.

Social media platforms flooded with admiration and excitement for the DJ after she posted videos and pictures of her hotel and restaurant on Instagram.

Twitter had her on the trend list after that, with many saying Valentine’s Day should be declared as a Lerato Kganyago day.

This was the second time Ndlela has showered his wife with Valentine’s Day gifts that left everyone in awe.

Last year Ndlela booked out the whole FNB/Soccer City Stadium, in Johannesburg, where he hosted a live concert with Kganyago’s favourite musician Zonke Dikana and the band performing for just for the two of them.

The pair tied the knot in 2020, and although they are a very private couple, they have become popular on Twitter and other social media platforms. They definitely serve mzansi couple goals and they are here for it.

Why is Jub Jub beefing with Lerato 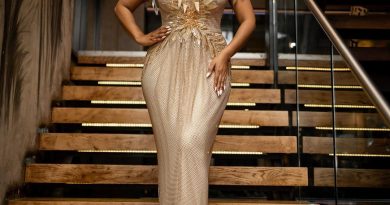 I have partnered with Johnnie Walker – Lerato Kganyago Lerato Kganyago after she met DJ Zinhle and got ignored

Lerato Kganyago received a R5.2 million car in addition to a hotel on Valentine’s day – VIDEO

The South African government has called on Russia to withdraw its troops from Ukraine immediately.

SA celebrities who are related