Lesedi Matsunyane Ferguson continues to captivate us with her beauty, lovable humility, and charismatic demeanor. The daughter of Connie Ferguson and Neo Matsunyane shares her paternal side’s beautiful looks with her siblings, therefore it’s evident where she gets her nice looks.

We don’t know how many siblings she has, but based on what we’ve seen on social media, her genes are incredibly powerful. Her siblings have followed in their parents’ footsteps into the spotlight.

Momo Matsunyane, her talented sister, has appeared in a slew of films and television shows. Momo has made appearances on shows such as Kota Life Crisis and Dream World. Momo and Lesedi have the same father, but not the same mother. They do, however, have a deep bond as siblings. Their father is an accomplished actor and television producer.

In the early 1990s, Connie Ferguson and got married. Their marriage didn’t last long.  The couple divorced in 1998. Throughout the years, they have remained co parents to their daughter Lesedi and have maintained a strong connection for the sake of their child. In June 2019, she wished him a happy Father’s Day. “Tsunyinski @neomm17, Happy Father’s Day! I wish you a happy and prosperous New Year!” Connie penned an essay.

FOR YOU :
Lasizwe Exposes How Ntando Duma PhotoShopped American Actor Michael B Jordan

Many people have thought that, Lesedi, is Shona Ferguson’s daughter but she is not. Although Shona raised her as when she started sating Connie, she already had her Lesedi, the two shared an extra close bond that inspired many people. Lesedi and Shona were very close and he treated her like his very own daughter. The amount of respect they had for each other was unmatched as Shona was constantly gushing over her and shared some of his favourite dishes Lesedi prepared for him.

Lesedi gave a moving eulogy and paid tribute to Shona at his death. She claimed she first saw Shona when she was eight years old, and that she was dressed in a yellow hip hop sweater and baggy trousers at the time. Despite the many battles he faced in silently, she said Shona protected his family.

“There are many fights he fought in silence to protect us as the family. The lesson we take from him is to work hard and chase things we want in life. Some of the qualities we learned from him were to fight for your family and never stopping being yourself.”

“The one thing you could never take away from him was his ability to love loudly and his fearlessness in doing that. It’s almost like the louder he loved, the stronger and more powerful he became.” 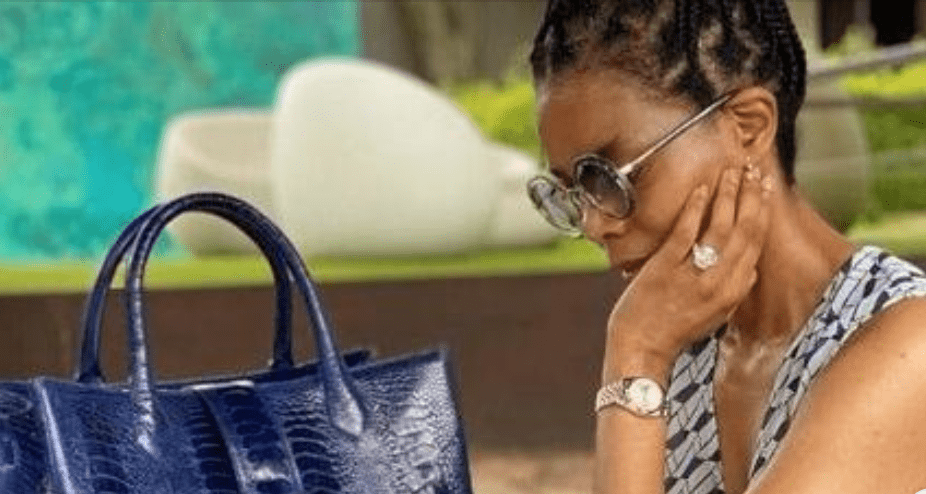 Connie Ferguson Back On Set After Shona’s Death

Don’t give your child these Names!, They have Demonic meaning

10 terrible things a good man will never do to you.

Revealed:This is the salary of Tebello of  Scandal ? Does  he deserve more?