Makhadzi is still coming down from a career highlight, after she completely blew Botswana away with her one-woman show. But as fans look at videos from the event, they are convinced that Makhadzi is pregnant.

The African Queen recently had a big performance in Botswana. Not out of the ordinary for her – she is an amazing performer, and has not hidden that she has a soft spot for the country. However, this was the first time that the show was all about her and only about her, as it was a one woman show.

As she took to social media to share videos from the event, fans were excited for her and what this big win means for her career going forward. That was until one fan pointed out that she seemed to be pregnant.

For context, the video that brought on the questions was one in which she stood back to let her backup dancers shine, as she watched them. That was the first red flag, as we know this queen is always front and centre in her performances, with some serious acrobatic movements, so people instantly thought she was going easy in that specific video.

Upon closer inspection, though, the fan noted that her belly looked like she might be expectant, and questioned her on it, afraid that she would break hearts by confirming it.

But some fans think that it is simply a bit of belly fat, which is natural. They believe she is simply enjoying life with a lot of money, and has put on some happy relationship and good money weight 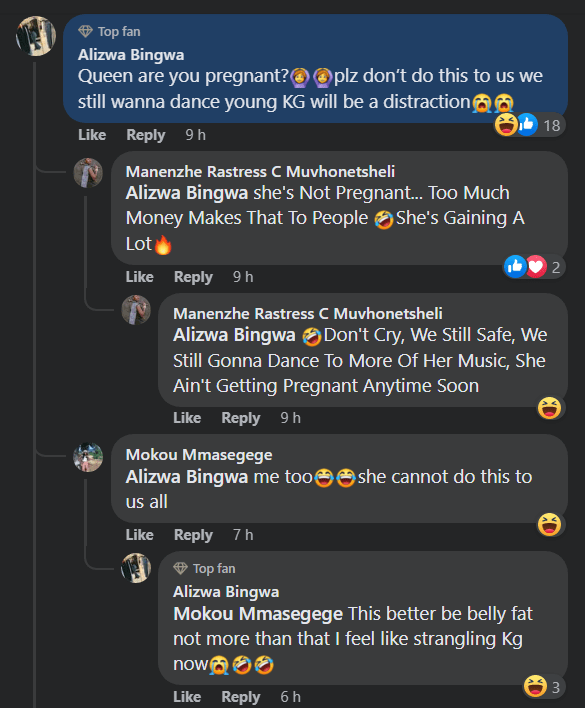