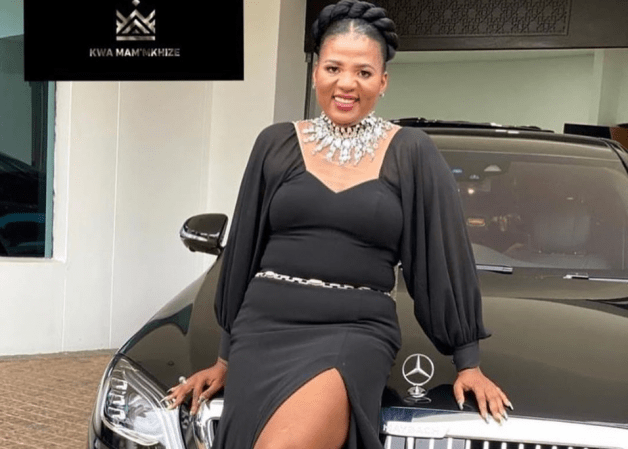 Millionaire businesswoman Shauwn Mkhize and her son Andile Mpisane are always trending for the right or wrong reasons. They live a fast and flashy life. They recently went to Konka, an upmarket restaurant and nightclub in Soweto.

The pair are never tired of being in each other’s company. They also brought their security and friends with them on the expensive trip. They ordered expensive Moet and other goodies and seemed to enjoy themselves at the nightspot.

Mamkhize and Andile travel with luxury cars, but not the number we saw at Konka. The Royal AM club owners brought a Dodge Ram, Rolls-Royce Cullinan, a convertible Bentley Continental, a BMW, a Lexus 570 SUV, among many other cars.

Mkhize was chauffeur driven in the Rolls-Royce Cullinan.

After the party, Mamkhize thanked the establishment for its excellent hospitality and service and said she loved seeing young people excelling in business.

FOR YOU :
Cornet Mamabolo: Tbose Maputla Leaves Acting To Focus On Insurance Business

What is Konka, and who owns it?

Dubbed ‘the millionaires’ playground, Konka changed the complexion of Soweto. Wealthy South Africans grace the nightspot to have a good time in the township of Soweto. A fleet of luxury cars fills the parking space in front of the premises as most Konka’s customers drive flashy cars.

Watch Mamkhize and Andile at Konka Soweto below:

Recently PSL slapped Royal AM and its management with an R1,6 million Rand fine for violating Premier Soccer League (PSL) rules when they brought cash onto the football pitch and attempted to pay players winning bonuses in front of the media.

R1,3 million of the fine was suspended with the condition that they don’t commit the same offence over a specified period.

PSL suspended some of the fines after Mkhize and her team agreed to be subjected to the Disciplinary Committee and admitted to having violated the club football regulator’s rules.

Share via
MaMkhize & her son Andile shut down Konka
https://afromambo.com/mamkhize-her-son-andile-shut-down-konka/