A 40-year-old man from Gauteng is expected to appear in the Vanderbijlpark Magistrate’s Court on Friday on two counts of murder and two counts of attempted murder.

“He then allegedly tied three of the boys to a tree and strangled them while the fourth boy managed to escape and seek assistance. The boy was helped by a community member who took him to the nearest police station.

“Police rushed to the scene where they found that two of the boys had died while the third was rushed to hospital for medical treatment,” Masondo said.

The suspect immediately went on the run after the crime but police tracked and traced him to Johannesburg and he was arrested the very next day (Wednesday).

It remains unclear what the motive for the murders and attempted murders are.

Provincial Police Commissioner, Lieutenant General Elias Mawela, commended the officers who worked around the clock to track, trace and arrest the suspect within 24 hours. 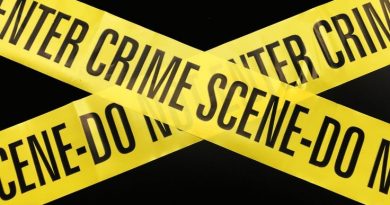 Man arrested with 39 blocks of dagga worth R1.2 million in Mpumalanga

Student Shoots And Kills Teacher After He Fails His Matric Exams

Sophie Ndaba getting better and looking hot in recent photos