Master KG, who has been dating Makhadzi for a while, is prepared to take on Botswanana superstar Vee Mampeezy with all guns blazing.

This comes after rumors that the singer of the song “Ghanama” might be having an affair with him arose. We don’t know how the Jerusalema hitmaker learned of the alleged liaison at this time, but he criticized Vee Mampeezy, who recently worked with his girlfriend, on Facebook.

He went further and advised Vee to stop trying to fit in his shoes since they are too big and asked him to stay in his lane.” Vee Mampeezy you will never win what you trying to play,” added Master KG.

When fans started asking where the beef was coming from he went on to say: “Vee Mampeezy I Know love fame but those moves you making here in South Africa for the past weeks are lame…stop being a lame… you know I respect you.”

He has since deleted all these but don’t worry we got the receipts for you, check them out below: 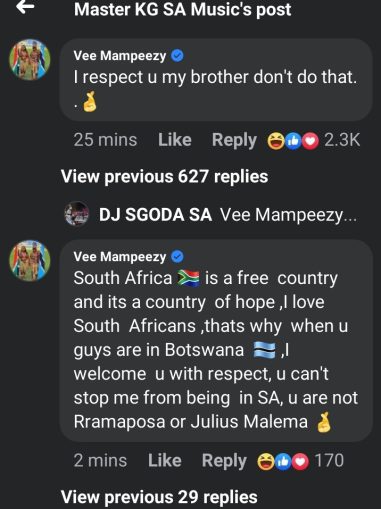 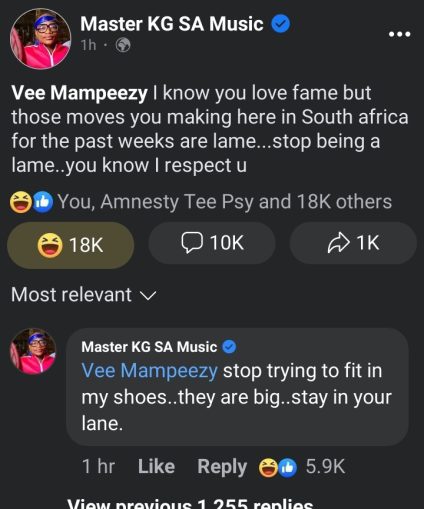 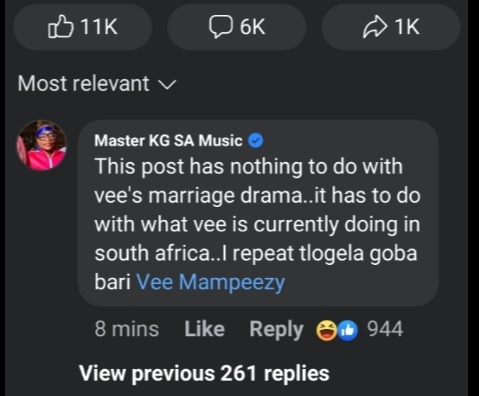 If you didn’t know, Makhadzi and Vee Mampeezy collaborated on the song Ukondelela, for which they recently debuted a music video. One can infer that the two have chemistry based on what we saw.

Is this a love triangle or just a really smart method for these two outstanding performers to tease their soon-to-be-released collaboration?

But it has also been revealed that the Botswanan is going through a divorce right now. He could therefore be attempting to steal Master KG’s girlfriend. 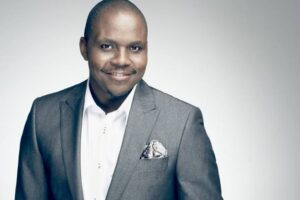