It was recently announced that Mihlali Ndamase would be joining the cast of Generations: The Legacy, and fans were not happy about it. Mihlali has clapped back at the naysayers in her usual feisty fashion.

Following the news that the YouTube sensation would be joining the cast of the hit soapie, social media was alive with hate. Many felt like she does not deserve the role, and continued to call her a terrible actress. As one suggested, she cannot act to save her own YouTube channel, so how did she score a role on a whole TV show?

The news was accompanied by news that comedian Lasizwe Dambuza and radio personality Mohale Motaung had also scored acting gigs. Once again, tweeps were enraged, saying that having a social media following does not automatically translate to being a talented actor. They wondered how come only influencers are getting acting roles nowadays. “Are there no new qualified actors to feature in shows?”

But Mihlali would not stand by and watch her name get slandered like that in public. She spotted that she was trending because people were angry she scored the gig, and responded swiftly.

Taking to Twitter, she wrote “You can be mad all you want, oksalayo”.

She also went on to quote Drake, saying “As my husband once said “B, this is fame, not clout””.

But her fans are excited for her, despite all the hate she is getting. They have rallied behind her, encouraging her to get her bag wherever she will get it, even if it will anger haters, and she has promised to do just that.

She recently hit the spotlight for a rather strange reason. In the heat of many celebrities announcing their pregnancies, fans were so sure she would be the next one. This was the most unforeseen trending topic, yet it did top the trends.

Men got in their feelings just imagining what they would feel like if she came out with a pregnancy announcement. They also thought it would be very funny and ironic, especially since she spends a lot of time on Twitter bashing men – South African men in particular. 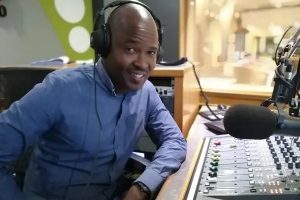